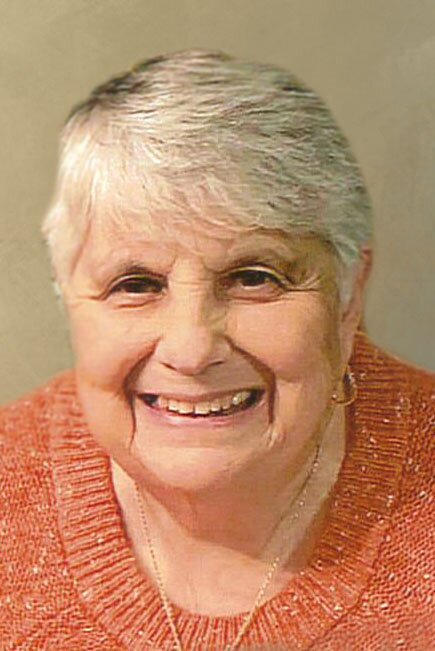 Rosanne Paternostro, 76, of Manalapan passed away suddenly on Sunday, January 23, 2022 at her home.  Rosanne was born and raised in Brooklyn, New York.  After marrying her husband, Joseph Paternostro in 1977, she moved to the Westerleigh section of Staten Island before settling in Freehold Township in 1991.  Rosanne had been currently residing in the Four Seasons at Manalapan since 2011.  She was a woman of faith and a parishioner of the Co-Cathedral of St. Robert Bellarmine, Freehold Township.  “Ro” loved word games and crossword puzzles, playing endless rounds of Words with Friends on her iPad to showcase her skills and pass the time.  For many years she was known for her cooking, especially her homemade potato salad and zucchini quiche, and her home was always neat and tidy.  A lover of music, Ro would often take a phrase used in conversation and casually transition into lyrics from a favorite 50s or 60s tune.  Rosanne affectionately called her closest friends “Tomata’s,” and did the hard work of maintaining relationships with classmates from as far back as grammar school.  Yet nothing meant more to her than spending time with family and being a Mimi to her granddaughter, Adriana.

Rosanne was predeceased by her husband, Joseph A. Paternostro Sr. in 2018 and brother, Robert Muscarella in 2016.  She is survived by her son, Joseph Paternostro Jr. and his wife, Maria Rondinaro of Belmar; granddaughter, Adriana; and nieces and nephews, Michelle, Bobby, Caryn, Stephen, Lisa, and their families.

Due to the current pandemic, the family is having a visitation by invitation on Thursday, January 27, 2022 from 5:00 to 7:00 PM.  You may participate via webcast HERE.  Relatives and friends are invited to attend her 10:30 AM Funeral Mass at the Co-Cathedral of St. Robert Bellarmine, 61 Georgia Road, Freehold Township, NJ 07728.  For those who cannot attend in person, you may participate via webcast HERE.  Entombment will follow in St. Gabriel’s Cemetery & Chapel Mausoleum.  For information, directions, or condolence messages to the family, visit www.claytonfuneralhome.com.