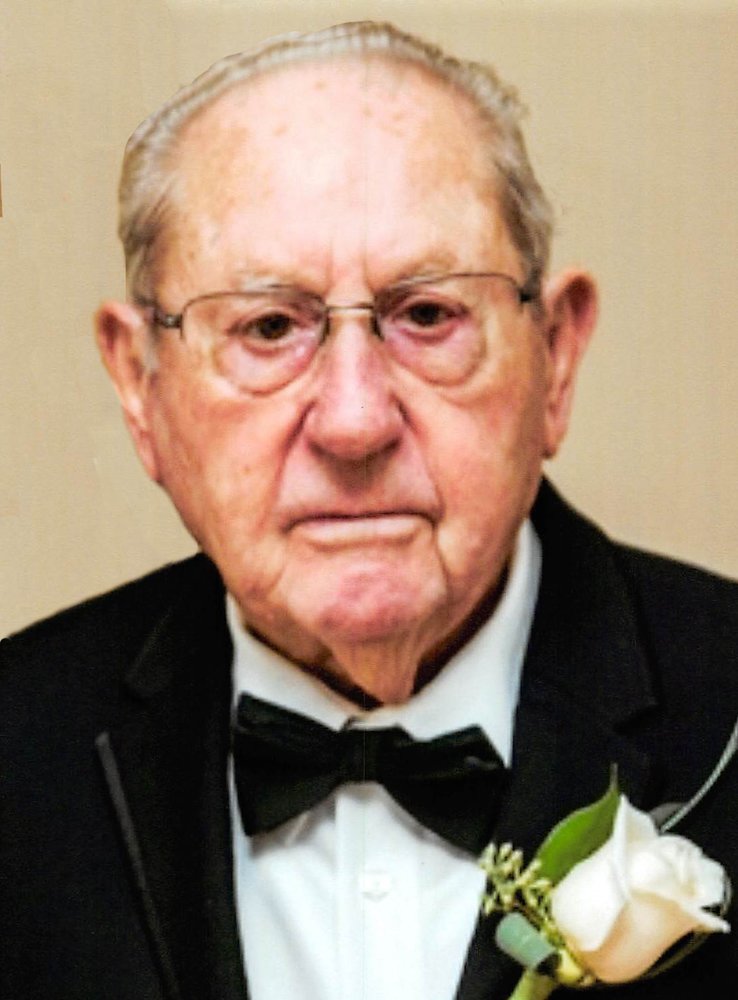 Emanuel Puglisi, 95, of Marco Island, FL passed away on Wednesday, August 14, 2019. He was born in Ragusa, Sicily and came to live in Greenwich Village, in 1937, working as cabinet maker in New York City. Emanuel served in the U.S. Army during World War II, and after the war in the late 1940’s settled in Howell. He was the founder, owner and operator of Puglisi Egg Farms, Howell, retiring in 1986.  Emanuel erected the first high-rise poultry building in America and hosted people throughout the world to see his innovative techniques.  He was a member of the Italian American Club, Marco Island, a former parishioner of the Church of St. Veronica, Howell, and San Marco Catholic Church, Marco Island. Emanuel was also a member of the St. Vincent de Paul Society, 3rd degree Knight of Columbus, #6344, former member of the Toms River Elks, chairman of cub scouts Troop 150, boy scout Troop 13, former member of the Howell Township Planning Board, past president of the New Jersey Poultry Products Council and a golden egg recipient.

Visitation will be held at the Clayton & McGirr Funeral Home, 100 Elton-Adelphia Road (Route 524), Freehold Township on Sunday, August 18, 2019 from 2:00 to 6:00 PM. A Funeral Mass will be held at The Church of St. Veronica, 4215 Route 9 North, Howell on Monday, August 19, 2019 at 9:30 AM. Entombment will follow at St. Mary of the Lake Cemetery, Lakewood. For information, directions, or condolence messages to the family visit www.claytonfuneralhome.com.

Share Your Memory of
Emanuel
Upload Your Memory View All Memories
Be the first to upload a memory!