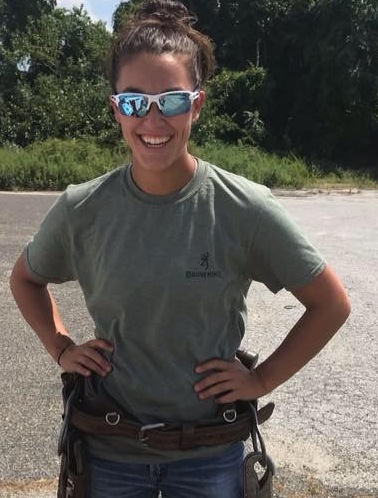 Tori Monica Gerstenacker, 25, of Howell passed away as the result of a car accident on Saturday, September 28, 2019.  She was born at CentraState Medical Center and grew up in Howell before settling in South Jersey in 2012.   As a child, she played for the Pinelanders Youth Soccer Club and Howell United Travel Team for Lady Bandit and Howell Thunder, followed by the N.J.S.A. Soccer League in Galloway. Tori was a graduate of the Howell Township High School Class of 2012 where she lettered in soccer and track, was Captain of the Howell Rebel Varsity Soccer team, and a member of the National Honor Society.  Tori continued her education at Rutgers University Camden where she earned a Bachelor’s degree.  While at Rutgers, Tori played soccer, earning MVP as a freshman.  She also competed on the lacrosse and cross country teams at Rutgers-Camden.  She was extremely patriotic and proudly contributed to the United States Marine Corps.

Tori had an extreme passion for running.  She worked for Henkels & McCoy as a field engineer, and adored her co-workers and her boss, Mr. Mike.  She will be remembered mostly for her beautiful smile and her love of family.

A memorial gathering will be held at the Clayton & McGirr Funeral Home, 100 Elton-Adelphia Road (Route 524), Freehold Township on Friday, October 4, 2019 from 5:00 to 9:00 PM.  Relatives and friends are invited to attend her 10:00 AM Memorial Mass at the Co-Cathedral of St. Robert Bellarmine, 61 Georgia Road, Freehold Township on Saturday, October 5, 2019.  The family has requested memorial contributions in lieu of flowers made to the Rutgers University Foundation in support of the Rutgers-Camden Women’s Soccer Program. Please send your donation to P.O. Box 193, New Brunswick, NJ 08903-0193. Gifts can also be made online at support.rutgers.edu/gerstenacker. For information, directions or condolence messages to the family, visit www.claytonfuneralhome.com

Share Your Memory of
Tori
Upload Your Memory View All Memories
Be the first to upload a memory!