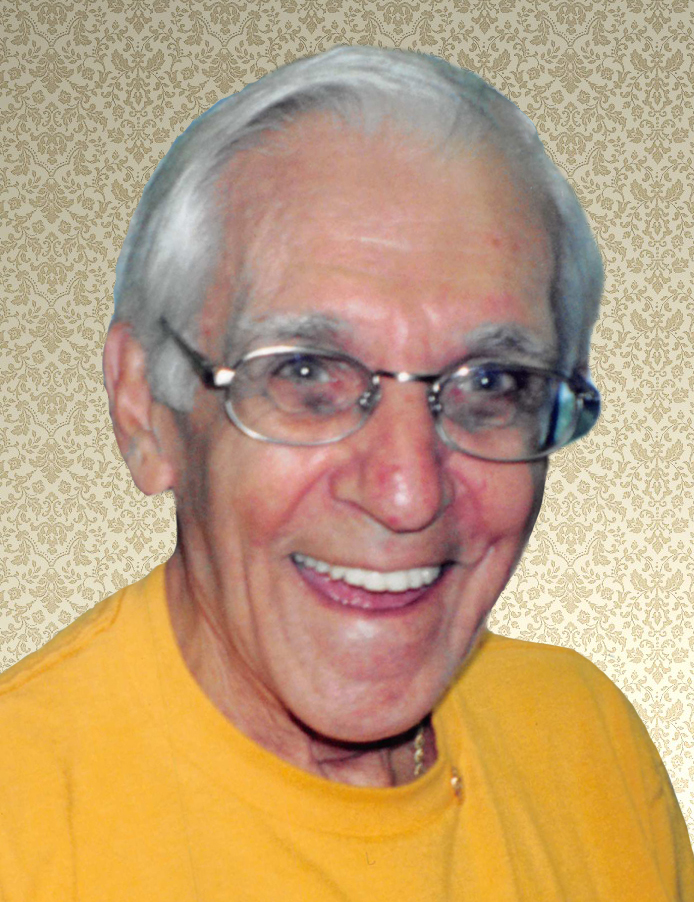 Joseph M. Cocuzza, 95, of Freehold passed away on October 23, 2019 at home surrounded by his loving wife. He was born and raised in Newark, lived in Maplewood, South Orange, and Bayonne before settling in Freehold in 1989. Joseph served in the United States Army during World War II and after the war he reenlisted to serve his country in the U.S. Army Reserve. He was an Accountant for Lionel Trains in Newark for 20 years and then retired from the General Atlantic Warehouse in 1990. Joseph was an Auxiliary Police Officer for the Maplewood Police Department for 15 years. He was a parishioner and usher at the St. Catherine of Siena Catholic Church, Farmingdale. Joseph was a President and Vice President of Surrey Downs Men’s Club and competed in the senior Olympics. He was a committeeman and treasurer for the Democratic Club in Howell and was a member of the American Legion, Monmouth Post 54, Freehold. Joseph was a diehard Washington Redskins and Brooklyn Dodgers Fan. He was a bowler, and loved sports so much, that he became a Little League Coach for Baseball and Football in South Orange. Joseph was a loving husband, father, grandfather, and great-grandfather.

He was predeceased by his first wife, Angelina Cocuzza; sister, Mary Cappuccino and her husband Sal; and brother, Joseph Cocuzza. Joseph is survived by his devoted wife of 42 years, Marianne Cocuzza; sons, Frank Cocuzza and his wife, Debra of Hillsborough, and Joseph Cocuzza and his wife, Nora of Stroudsburg, PA; step-daughter, Dara Kowalski and her significant other, Steven of Jackson; step-son, William Dressler and his significant other, Aileen of North Bergen; twelve grandchildren; six great grandchildren; brother-in-law, Rodger Greiner and his wife, Rosemarie of Hoboken; and many nieces and nephews.

Visitation will be held at the Clayton & McGirr Funeral Home, 100 Elton-Adelphia Road (Route 524), Freehold Township Monday, October 28, 2019 from 3:00 to 7:00 PM. Relatives and friends are invited to gather at 8:00 AM on Tuesday, October 29, 2019 at the Funeral Home for the procession to his 9:00 AM Funeral Mass at St. Catherine of Siena Catholic Church, 31 Asbury Road, Farmingdale 07727. Interment will follow in Brigadier General William C. Doyle New Jersey Veterans Cemetery, 350 Province Line Road, Arneytown 08562. For those who desire, memorial contributions may be made in Joseph’s name to the National Shrine of Elizabeth Ann Seton, Seton Shrine, 339 South Seton Avenue, Emmitsburg, MD 21727. For information, directions or condolence messages to the family, visit www.claytonfuneralhome.com