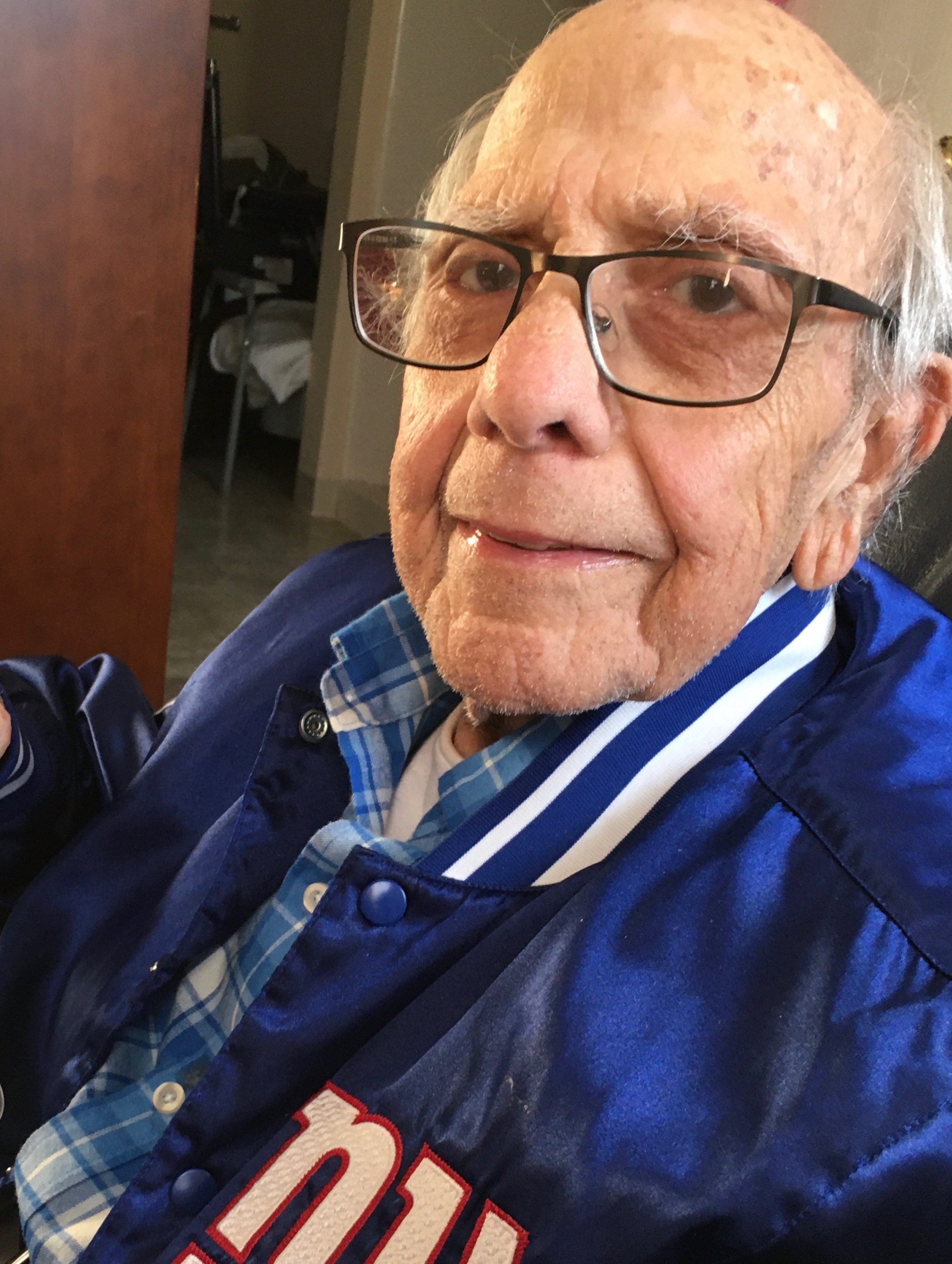 Ferdinand Joseph Lardaro, 94, of Freehold passed away with his family by his side on Wednesday, March 25, 2020, at Mattison Crossing, Freehold.  He will be remembered for his kind and generous nature, whistling & singing, memorable laugh, pride in his family, and punctuating every conversation with “God Bless America” and/or “You gotta do what you gotta do”.   He loved his lawn and to garden, the outdoors and to walk, and to cheer for Notre Dame Football, the Yankees and the Giants.  Most of all, he was a loving father and grandfather who will be dearly missed.

He was born in Manhattan and raised in Jersey City.  Along with his only brother Pat, he worked in his parents’ fruit and vegetable store.  Later, when his dad took ill, he hired on with the Pennsylvania Railroad as a yard mechanic and worked his way to Fireman retrofitting engines for cross country journeys.  In World War II, he proudly serving in the United States Army 94th, fighting his way in heavy action through France, at the Battle of the Bulge and into Germany.  Ferdinand returned home to St Louis, palling out with the Champion Cardinals Stan Musial, Enos Slaughter and Marty Marion who were happy to socialize with returning soldiers.

Honorably discharged and returning to Jersey City, he would meet love of his life, Mary Kudenchak, at a St. Aiden’s Carnival.  They married, had their son Frederick and moved to Belleville, NJ.  Always recognized and rewarded for his work ethic and ingenuity, Ferdinand worked in manufacturing making metal for munitions used in the Korean War at MW Kellogg, American Can and Elastic Stop Nut.  Later, he found a career as a pharmaceutical manufacturer starting in 1972 with Hoffmann-La Roche in Nutley, NJ.  Working at Roche, he would proudly earn his College Equivalency Certificate from FDU in 1974. He and Mary retired from Roche in 1990 to Manchester, NJ, and they were active in organizing bus trips all over the United States and active in Community Services Clubs.  After Mary’s passing, Ferdinand settled in at Applewood Estates (2012), and later Mattison Crossing (2017), both places in Freehold.

Ferdinand was predeceased by his loving wife, Mary in 2009.  He is survived by his son, Frederick and his wife, Anna; grandchildren, Daniel and his fiancé, Kristen, Alaina, and Joseph; and many nieces and nephews.

Due to COVID-19 restrictions, the family handled services privately. All arrangements are under the direction of the Clayton & McGirr Funeral Home, Freehold Township. A Memorial Mass to honor Ferdinand’s memory will be held at a later date. Kindly visit www.claytonfuneralhome.com to leave condolence messages to the family and for future arrangements.

Share Your Memory of
Ferdinand
Upload Your Memory View All Memories
Be the first to upload a memory!