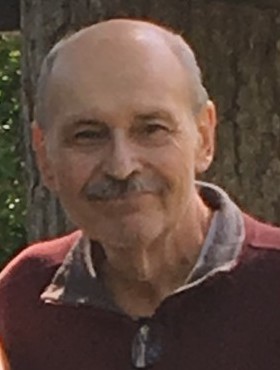 Peter Malachatka, 70, of Howell passed away on Sunday, August 30, 2020 at Jersey Shore University Medical Center, Neptune.  He was born in Villach, Austria and moved to the United States in 1951, settling in Howell.  Pete proudly served in the United States Marine Corps during the Vietnam War.  With a passion for the restaurant industry, he started his working career and had worked at such places as Burger Chef, Rustler Steak House, and became a manager at Denny’s. A jack of all trades, Pete was a construction site manager at Paragon Industrial Park.  He then was a correction officer at the Monmouth County Jail.  Continuing his career in law enforcement, Pete worked retail security until his retirement.  He enjoyed building model airplanes, fishing, and listening to the oldies especially, Elvis and Roy Orbison.  Pete was a true grease monkey and his passion was his cars.  He loved his ’84 Corvette and Dale Earnhardt Limited Edition Chevy Silverado.  If he was your friend, Pete was your friend.

Peter is survived by his wife of 46 years, Kathleen A. Malachatka; children, Nichole, Christina, Matthew, and Michael Malachatka all of Howell; three grandchildren, Larissa, Haileigh, and Skyler; and his four-legged friends, Opie and Brandi.

A pannyhida will be held at St. Alexander Nevsky Russian Orthodox Cathedral, 200 Alexander Avenue, Howell on Tuesday, September 1, 2020 at 6:00 PM.  Relatives and friends are invited to attend his 10:00 AM funeral service at the Cathedral on Wednesday, September 2, 2020. Interment will follow in Monmouth Memorial Park, Tinton Falls. Arrangements by Clayton & McGirr Funeral Home, Freehold Township. For those who desire, donations in Peter’s memory may be made to St. Alexander Nevsky Russian Orthodox Cathedral.  For information, directions, or condolence messages to the family, visit www.claytonfuneralhome.com.

Share Your Memory of
Peter
Upload Your Memory View All Memories
Be the first to upload a memory!