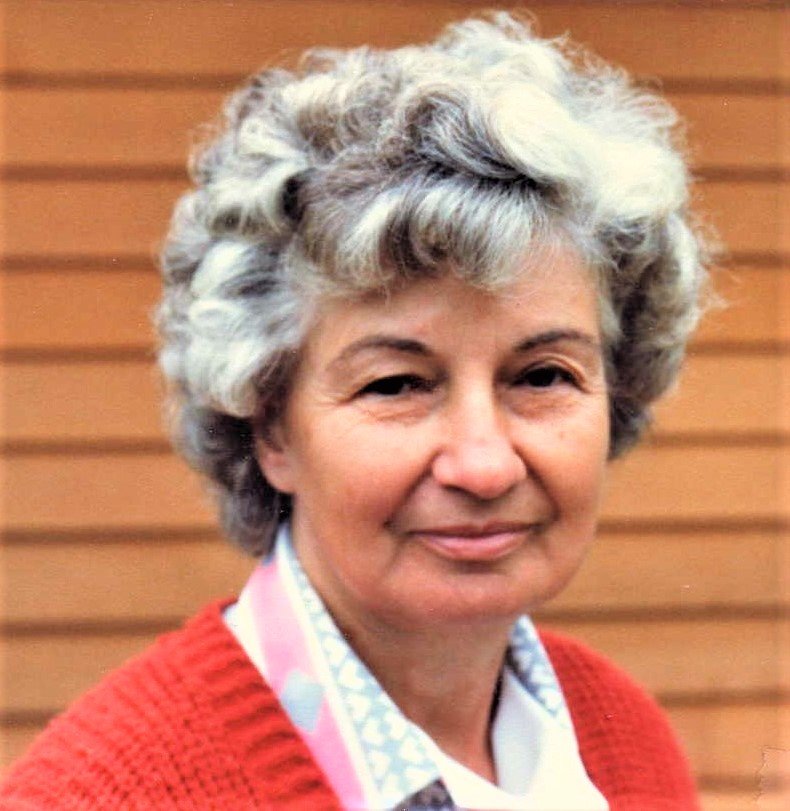 Julie Sophie Moore Gurzo (nee Yulka Sophia Ponulak), age 98, peacefully embraced the arms of our lord on November 16, 2020 after a heroic determined battle with the effects of Covid-19.  She was a 50-year resident of Manalapan, and most recently of Howell, NJ.

After losing her mother at the tender age of 12, Julie took the role of the “lady of the house”, caring for her four siblings as her father, Jacob, worked the afternoon shift at American Cyanamid in Bound Brook, NJ.

Married at 17 to Everett “Eddie” Moore, Julie suffered another great loss at a young age when Eddie tragically died in an industrial accident in 1941, leaving her a widow with a young daughter.

During the war Julie was employed by Johnson & Johnson in New Brunswick, NJ.  In 1945 she met John Steven Gurzo through a mutual friend. They were happily married for 55 years until his passing in 2000.

For many years she was employed by Phelps Dodge Manufacturing in Marlboro, NJ as a department supervisor.

By far the single greatest joy of Julie’s life was her unfailing love and deep affection for her family. Many were the days and nights of ballgames and dance recitals.

For her the sun always shined on her 21 grandchildren, 38 great grandchildren, and her 7 great-great grandchildren, all of whom continuously basked in her attention and unyielding affection. In addition there were scores of “honorary” grands and greats graced by her kindness through the years.  Thus, over the years the Gurzo clan expanded much like the Eagle’s hit song “Hotel California”, you might check out, but you could never leave.

As a child of the “Greatest Generation” who tenaciously survived the “great depression” and World War II, Julie was raised on a “survival farm” in Bound Brook, NJ in the 1920’s and 1930’s. She steadfastly embodied the ideals of these lean times throughout her entire life. “Busy hands make light work” and “waste not want not” were the consistent watch words impressed on her children. Tirelessly folding these phrases into her everyday life, she was a master baker renowned for her tortes, legendary pierogis, stuffed cabbage, cream puffs, cakes and pies. In family lore it is said that she could turn hot dogs into caviar. The tender consideration she put into her holiday meals will never be forgotten.

An accomplished and dedicated gardener, she and life-long best friend, Doris Davis, “put up” hundreds of quarts of preserves, tomatoes, pickles, strawberries, and blueberries; then out of kindness and generosity gave them away to friends and relatives.

Her skill and expertise as a seamstress was unparalleled. Curtains and slipcovers were her stock and trade, but none could compare to beautiful dresses and outfits she meticulously made for her daughters and grandchildren.

Later in life Julie employed her great eye-hand skills working side by side with husband John in their workshop producing hundreds of keepsake furniture pieces for family and friends, all to the tune of her favorite country singer Eddie Arnold.

Hers was that rarity of rarity “a life well lived” in loving service to her family, completely absent of the moroseness that her early life experience might have inflicted on her, always full of love, levity and laughter purposely devoted to others. Her home, hearth and heart was welcoming and loving to all.

Please go swiftly into that Good Night my dear, we can hold you here no longer. You have rightfully earned your reward. We are all better human beings because of your gentle soul. Eddie, Pop, Jacob, Mary and Elizabeth have so long awaited your arrival. May God gently hold you in the palm of his hand and keep you safe until we all meet again.

All arrangements are private under the direction of the Clayton & McGirr Funeral Home, Freehold Township. In lieu of flowers, the family requests contributions in her name to Fulfill, The Food Bank of Monmouth and Ocean Counties, b3300 Route 66, Neptune, NJ 07753.