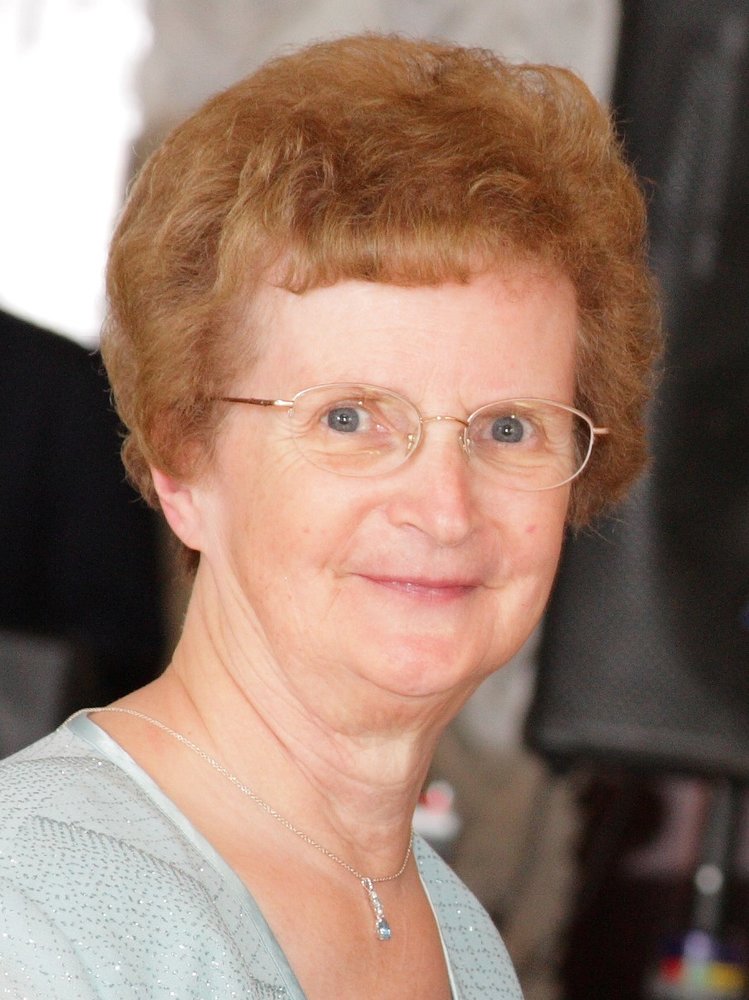 Phyllis L. Beck was born Phyllis Larue Weber on February 29, 1940 in Norristown, PA to John and Eleanor Weber.  She was the second of four children, including her older sister Cleta, and younger brother Jay and youngest sister Marilyn.  All three of her siblings predeceased her.  Since she was a leap year baby, she had joked many times that she was the world’s oldest living teenager, as she finally celebrated her 20th birthday in February 2020.

Phyllis married William F. (Bill) Beck in 1958, and they remained married for 62 years, before Bill passed away in April 2020.  Bill and Phyllis had four sons (Douglas, Frederick, James and William), and had lived in Phyllis’ childhood home in Ocean Grove, NJ raising her family for 37 years before moving to Manalapan, NJ in 2007.

Phyllis loved children.  She had assisted her mother Eleanor at Thornley Chapel in Ocean Grove, especially in the toddler annex next to the chapel, for many summers during the 1970’s.  During her early married years she was a full time homemaker, before going back to college to get her Bachelor’s degree in Early Child Care from Kean College, which she received in the spring of 1983.

Later that year, she received her certificates for Elementary School and Nursery School Education from the State of NJ.  She worked with preschool and nursery school age children at Montessori Academy in Neptune before joining the staff at Brookdale Community College in their full time day care program for over 16 years.

She retired in March of 2002, and enjoyed the early part of her retirement cruising numerous ports of call in the Caribbean and Mexico on the Holland America Line, with her husband, as well as taking many overnight trips to Atlantic City.  Her life changed dramatically when she suffered a severe stroke in August 2016.  She remained at home under the care of their youngest son Billy, until Phyllis and Bill entered Assisted Living at Mattison Crossing in 2018.

Phyllis was a devout Christian, and lived her faith every day.  Her love of family was only surpassed by her love for God, and we take comfort knowing that she is now at peace, and free of pain, experiencing the eternal joy of heaven, and reunited with her husband, parents and siblings.

Visitation will be held at the Clayton & McGirr Funeral Home, 100 Elton-Adelphia Road (Route 524), Freehold Township on Friday, January 29, 2021 from 10:00 to 11:00 AM with her funeral service to follow. For those that cannot attend in person, the family invites you to participate via Webcast through the Funeral Home Website HERE. Interment will follow in Marlboro Memorial Cemetery & Mausoleum, 361 Route 79, Marlboro. For the safety of the public and our staff, we are asking everyone to help us adhere to the CDC guidelines. Facemasks will be required. For those who desire, memorial contributions in Phyllis’ name may be made to Grace Healthcare Services, 105 Fieldcrest Ave, Suite 402, Edison, NJ 08837. For information, directions, or to leave condolence messages to the family, please visit www.claytonfuneralhome.com