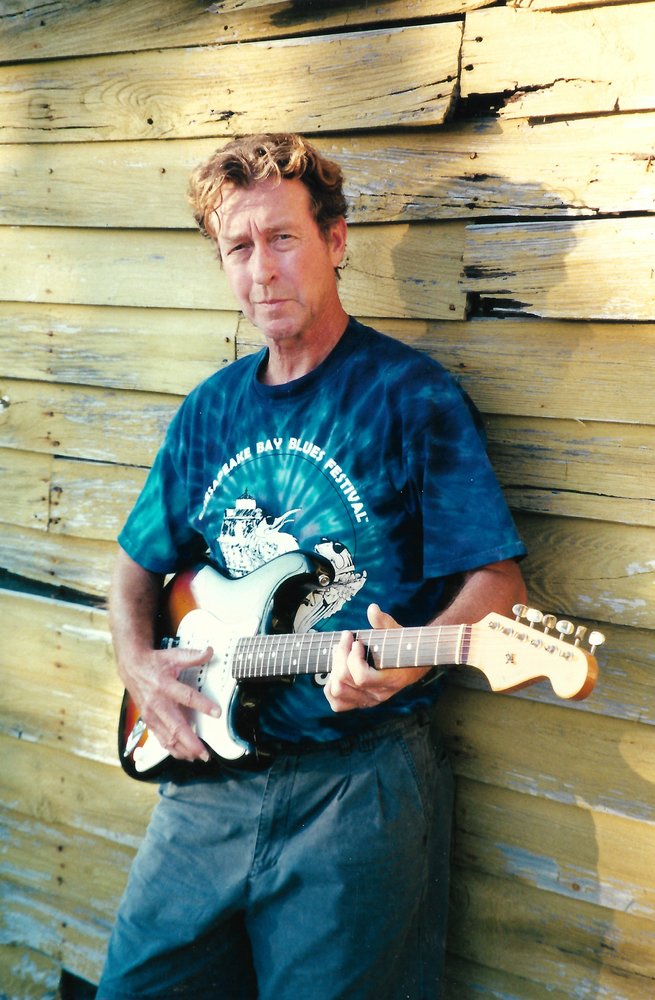 William J. Ryan, III, 76, of Tinton Falls passed away in the early morning hours on Sunday, January 24, 2021 at Riverview Medical Center.  He was born in Long Branch and raised in Allenhurst. A lifelong resident of Monmouth County, Billy settled in Tinton Falls where he raised his family.

Billy himself was raised in the boat yards, learning to use his hands at a young age, from his father. After graduating from Red Bank Catholic High School, Class of 1962, he followed in his father’s footsteps and began work for Henry Vaccaro Sr. honing his constructions skills, later joining the New Jersey Carpenter’s Union Local 2250. He was also a lobster fisherman and loved being out on his boat, The Dreamer.

However, Billy was not just a skilled carpenter; he was a true artist. He could master anything he put his mind to. At a young age he fell in love with the blues, picked up a guitar, and the rest is history. Billy was a legend, known on the Jersey Shore as “The Guitar Man”. Fellow artists have described him as having set the groundwork for brilliance, for being an extraordinary musician, a world-class guitar player and aficionado, a titan of the music scene, and a true renaissance man. He played with many bands, but to name a few; Joyful Noyze, Speed Limit 25, The Jay Walkers, Nicky Addeo, The James Cotton Blues Band, Clarence Clemons & The Red Bank Rockers, as well as his own bands Ryan’s Express & Billy Ryan and the Bluescasters. One of the Creators of SOAP, the Sounds of Asbury Park, Billy played a substantial role in the music scene of Asbury in the 60’s and 70’s, a scene where musicians took music to the limits, pushing the envelope and changing the sound of Rock & Roll forever.

If you knew Billy, a guitar wasn’t the only thing that made him stand out in a room.  He was extremely intelligent, and he exuded wit and charm with his sharp mind from which jokes, laughter and even shock followed.  His energy was beaming and contagious.  You could always see the wheels spinning searching for the perfect words to bring smiles to so many faces (including his own).

Billy was also an accomplished photographer whose art was often accepted into the Monmouth Festival of the Arts juried art shows as well as displayed in galleries in Vermont.  Inspired by the awe of Nature where he often took refuge he had a keen eye and loved capturing the essence and beauty of the Green Mountains in Vermont, a place he considered his second home.  It was there he found peace to meditate and create but also a place he could play his music as loud as he wanted, in true Billy fashion.

Billy was predeceased by his parents, William J. Ryan, Jr. and Margaret A Ryan; his brother, Robert “Bobby” Ryan, and his grandson Cadence Ryan Deeken. He is survived by his loving devoted wife of 40 years, Michele Ryan; daughters, Meghan Ryan and her fiancé, Seth Deeken, and Kristen Ryan and her partner, Zach Dorf; sisters, Nancy Ryan, Peggy Sue Ryan Marchese, Joanne Ryan and Gina Ryan; brothers, Jay Ryan and Bob Baker; and numerous cousins, nieces and nephews. He also leaves behind the family he made on his journey through his musical life.

Billy was also a long-term friend of Bill W. For those who desire, contributions in memory of this brilliant man may be made to https://blues.org/hart-fund/ to help Blues musicians and their families in financial need.

A celebration of life will be held this summer at This Must be The Farm, Freehold NJ, details will be shared with all friends and family. Please visit BillyRyanBlues.com for information, and to share photos and memories.

All arrangements were private and entrusted to the Clayton & McGirr Funeral Home, Freehold Township. For information, directions or condolence messages to the family, visit www.claytonfuneralhome.com.