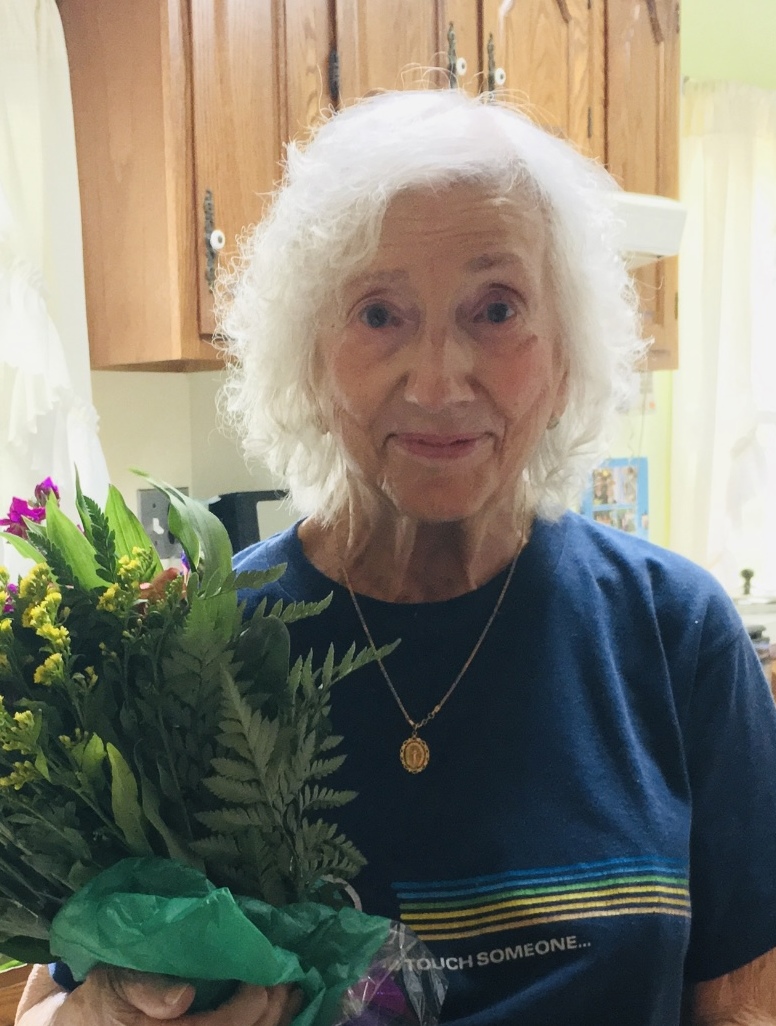 Get Directions
Friday
28
May

Get Directions
Friday
28
May

Gloria grew up on the 103-acre farm her parents —Gesuie (Joseph) and Carmella (Concelia) Maresca (aka Morris) — bought in Middletown, NJ, in 1917. After graduating from Middletown Township High School, she attended Drakes’s Business School. She worked for the Dept. of Defense, Communications-Electronics Command, Ft. Monmouth, NJ retiring in 1995, and previously was a secretary at Bell Laboratories, Holmdel.

To the local press, eight-year old Gloria was either the” youngest drummer in the country” or “the youngest female drummer in the world.” As a member of the Morris Sisters Orchestra, she and her siblings took first place on the premiere broadcast of Major Bowes Amateur Hour in March of 1935, a top-rated program that became the radio’s equivalent of “American Idol.” The orchestra and their talented drummer also appeared in short films produced by Major Bowes. They played regularly on radio shows in Red Bank, Jersey City, Newark, and Brooklyn, and were often the featured entertainers at local restaurants, benefits, and dances.

Gloria was predeceased by her husband, Norman; her sons, Richard and Norman, Jr.; her sisters, Angelina Azzarello, Marie Russo, Anna Mazza, and Rose Russo; and her brother, Paul Maresca. She is survived by her daughters, Marylynn Janwich and Rita Hyland; her grandson, Jay; her granddaughter, Heidi; and her brother, Joseph Maresca of Venice, Florida. She was a communicant of St. Gabriel’s Church, Marlboro.

A visitation will be held at the Clayton & McGirr Funeral Home, 100 Elton-Adelphia Road (Route 524), Freehold Township on Friday, May 28, 2021 from 9:00 to 11:00 AM.  For the safety of the public and our staff, we are asking everyone to adhere to the State guidelines.  Facemasks will be required.  Relatives and friends are invited to attend her 12:00 Noon Funeral Mass on Friday, May 28, 2021 at St. Gabriel’s Historical Church, 549 Route 520, Marlboro.  Interment will follow in St. Gabriel’s Cemetery & Chapel Mausoleum, Marlboro.  For those who desire, contributions in memory of Gloria may be made to Morganville First Aid & Rescue Squad, 277 Tennent Road, Morganville, NJ  07751 or Marlboro Police Department, 1979 Township Drive, Marlboro, NJ 07746 or Morganville Independent Fire Company, 393 Hwy 79, Morganville, NJ 07751.   For information, directions or to leave condolence messages to the family, visit www.claytonfuneralhome.com.

Share Your Memory of
Martha
Upload Your Memory View All Memories
Be the first to upload a memory!