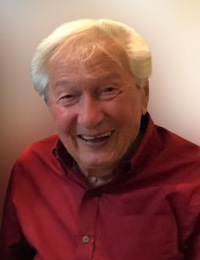 Alfred “Al” Cinter, 85, of Adelphia passed away on Monday, June 14, 2021 at CentraState Medical Center, Freehold Township. He was born in Deutsch Schützen-Eisenberg, Austria and was raised by his mother during World War II while his father came to the United States in 1931 to start a better life for his family. In 1946 his family was united, and Al proudly earned his U.S. citizenship. He had lived in Irvington for a few years before being drafted into the Army where he was stationed in Germany during the Cold War. After serving his country, Al moved back to Irvington where he met the love of his life and future wife, Joan.  Together they settled in Adelphia. His love for music led him to a career of working for Essex Records. After working for Essex Records for a few years, he decided to open his own record shop, Al’s House of Hits in Asbury Park. The shop was devastatingly lost in 1970 to the race riots, but that did not stop him from achieving his goals and reopening his shop in Belmar where he shared his love for music with many. He then went on to work in the tire business.  Al loved the industry and worked from retail to wholesale throughout the years and well into his 80’s. Al was a social man, had a kind heart, and was a devoted catholic. Running in over 50 races, he was active and an avid competitor in 5k races. His favorite place to run was the Manasquan Reservoir. Al will be missed by all who had the honor of knowing him.

Visitation will be held at the Clayton & McGirr Funeral Home, 100 Elton-Adelphia Road (Route 524), Freehold Township on Monday, June 21, 2021 from 4:00 to 8:00 PM. Relatives and friends are invited to attend his 10:00 AM Funeral Mass on Tuesday, June 22, 2021 at St. Catherine of Siena Chapel, 1 North Main Street, Farmingdale. Interment will follow in St. Anne Cemetery, 1610 Allenwood Road, Wall Township. For those who desire, memorial contributions in Al’s name may be made to the Friends of the Monmouth County Park System. For information, directions, or to leave condolence messages to the family, please visit www.claytonfuneralhome.com