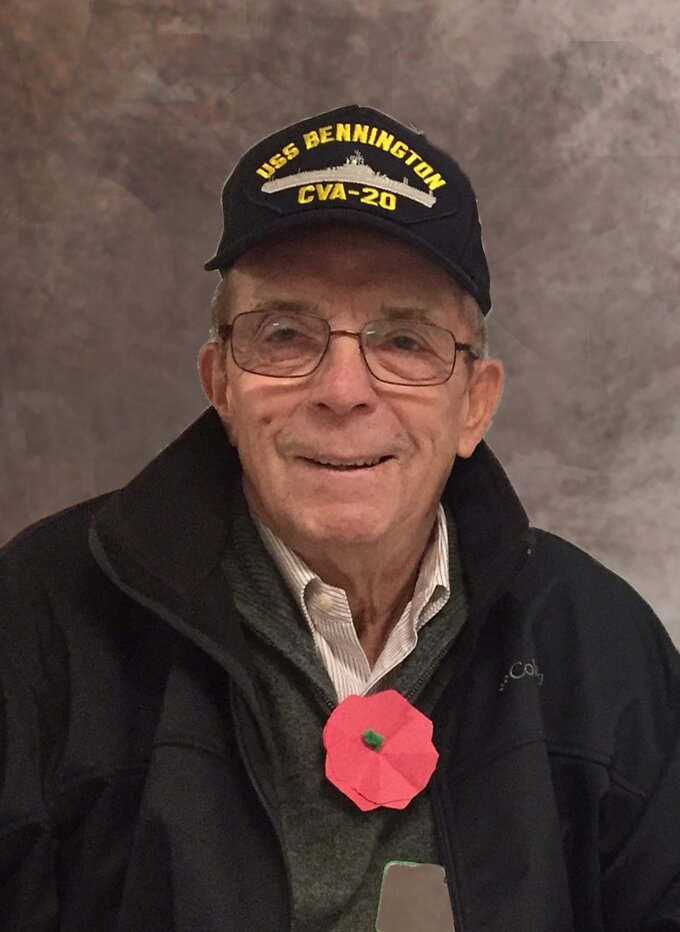 Walter Zarsky, 86, of Howell passed away peacefully at home on Friday, December 17, 2021.  Walter was born in New Brunswick and was the youngest of 5 and the only boy.  He graduated from St. Peter’s High School and attended Rutgers University and Marshall University.  Walter proudly served in the US Navy attached to fighter squad VF-41.   He had lived in New Brunswick and Manalapan before moving to Howell in 2004.  After the Navy, Walter became a New Jersey State Trooper proudly wearing badge #1696 for 29 years and retiring in 1990.  After retiring, he continued to serve his community as a member of The Knights of Columbus Council #5903, Prince of Peace in Englishtown, the Yorktowne Club in Manalapan, State Police organizations, NCO and FTA, and Make-A-Wish Foundation of New Jersey in Monroe.  A man of faith, he was a daily communicant and parishioner of the Co-Cathedral of St. Robert Bellarmine.  Walter could always be found golfing or playing horseshoes with his many friends.  He cherished going to Yankee games and had a passion for Rutgers Sports.  Walter was a loving Dad and Pop Pop and will be missed on the bocce court in Estero, Florida this winter.

A visitation will be held at the Clayton & McGirr Funeral Home, 100 Elton-Adelphia Road (Route 524), Freehold Township, NJ 07728 on Monday, December 20, 2021 from 4:00 to 8:00 PM.  Relatives and friends are invited to gather at the funeral home on Tuesday, December 21, 2021  at 9:30 AM for the procession  to his 10:30 AM Funeral Mass at the Co-Cathedral of St. Robert Bellarmine, 61 Georgia Road, Freehold Township, NJ 07728.  Interment will be at the convenience of the family in Brig. Gen. William C. Doyle NJ Veterans Memorial Cemetery, Arrneytown.   For those who desire, memorial contributions in Walter’s name maybe made to either Maryknoll Sisters for Emusoi Center, Tanzania, Box 317, Maryknoll, NY 10545-0311 Checks need to be issued in the name of "Maryknoll Sisters", with Emusoi Center written on the memo line or Make-A-Wish New Jersey, Samuel & Josephine Plumeri, Wishing Place, 1384 Perrineville Road, Monroe Township, NJ 08831.  For information, directions or condolence messages to the family, visit www.claytonfuneralhome.com.

Share Your Memory of
Walter
Upload Your Memory View All Memories
Be the first to upload a memory!
Share A Memory