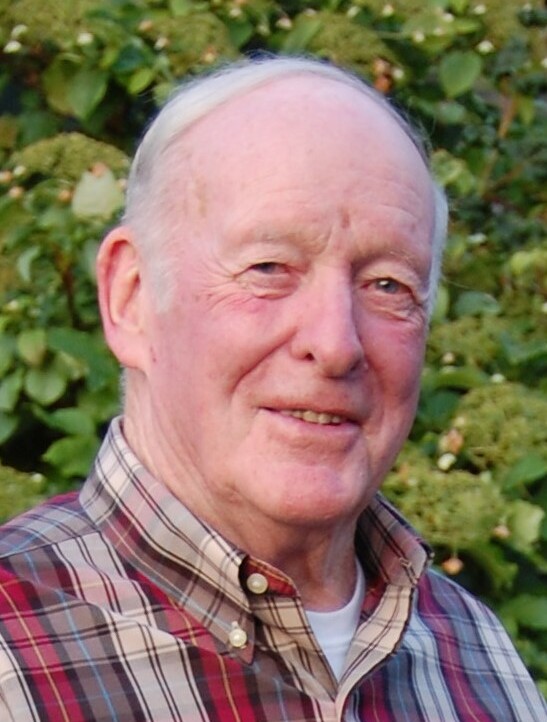 William “Bill” Wogisch, 86, passed away in his home on December 23, 2021, surrounded by love. Bill was raised in South Orange, New Jersey. He met his wife, Martha “Marty” Miller at Columbia High School in Maplewood and they were married for 54 years, before Marty passed in 2012. To this day, many of Bill’s close friends are high school friends. Bill opened his first gas station in 1958 and from there continued his love of the car business. After working for many dealers, in 1972, Bill purchased Gundaker Chrysler- Plymouth, American Motors/Jeep on Main Street in Belmar, New Jersey and eventually became one of the largest Datsun dealers in the East. He always valued the used car business as an integral part of any successful dealership and was a staple for many years at the Bordentown, NJ and Manheim, PA auto auctions. He was and will always be well respected in the automotive industry with many life-long friends.

Bill and Marty spent 30 years in Colts Neck raising their three girls on a farm and showing quarter horses in 25 states. Through the years Marty and Bill had many, many horses, dogs, and cats that were always a part of their family. In 2000, Marty and Bill built and moved into their dream house in Jackson, New Hampshire. Bill quickly became well-known in the town making many new friends.

Bill was also a Mason for over 50 years, belonging to the Atlas Pythagoras Lodge Number 10 in Westfield, New Jersey. Bill’s family was always the most important thing in his life. In addition to his wife, Martha, he is predeceased by his parents, Richard and Margaret Wogisch, and his siblings, Richard, Margaret “Sis” Hemhauser, and Ann “Nancy” Foster.

He leaves behind his three daughters and their husbands, Gail and David Thomason of Haymarket, Virginia, Barbara and David Campbell of Jackson, New Hampshire, and Judie and Bruce Eisenberg of St. Augustine, Florida. He is also very loved by his grandchildren, William Reisig, Marshall and Samantha Thomason, Darcy and Kevin Weyant, Robert and Paige Reisig, Gordon Eisenberg, and Jamie Eisenberg; and his great-grandchildren, Brooks and Owen Weyant, and Reese Thomason. Bill was also blessed to have Holly in his life for the past eight years to bring him love, positivity and companionship.

A special thanks from our family Timberland Home Care and the amazing caregivers Lee, Tracey, Grace, Autumn and all the others that have been so important to us over the last 14 months. Also, thanks to Visiting Nurse Home Care and Hospice of North Conway.

We know that Bill will be riding his John Deere tractor on the way to his new journey.

A visitation will be held at the Clayton & McGirr Funeral Home, 100 Elton-Adelphia Road (Route 524), Freehold Township on Friday, January 7, 2022 from 2:00 to 4:00 PM and 7:00 to 9:00 PM. For those who cannot attend in person, the family invites you to participate via webcast. Relatives and friends are invited to attend his 10:30 AM funeral service on Saturday, January 8, 2022 at the Colts Neck Reformed Church, 139 County Rd 537, Colts Neck, New Jersey 07722. Interment will follow in Atlantic Cemetery, Colts Neck. For those who desire, memorial contributions may be made in William’s memory to the Colts Neck Reformed Church. For information, directions, or to leave condolence messages to the family, visit www.claytonfuneralhome.com.