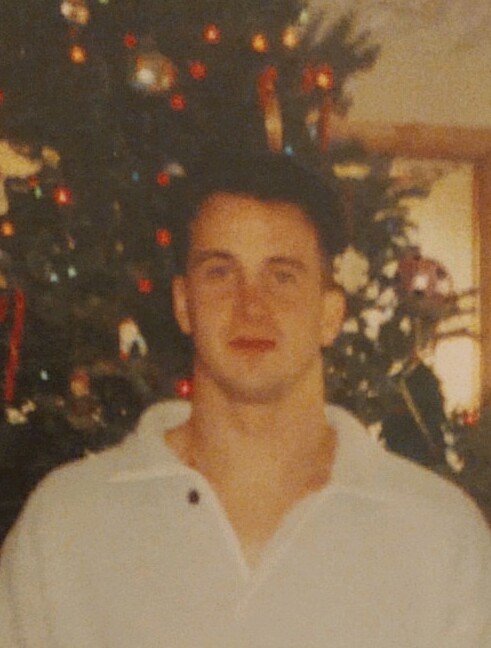 Bob grew up in Hillside, NJ.  While living in Hillside Bob and his brother Mike learned how to swim at the community pool. Bob and Mike loved playing in the backyard with their Irish Setter Brandy. Bob and Mike also loved to visit their Grandma and Grandpa and Oma and Opa who all lived close by.  After 5 years in Hillside the Family moved to Howell and there Bob's youngest brother Tommy was born in 1980. As Bob grew up he enjoyed playing soccer and even played on a highly competitive traveling soccer team. In the summer he enjoyed going to the beach in Wildwood with his Oma and Opa, his two brothers, and cousins.  In the winter of 1986 the Family purchased a townhouse in Shawnee, PA where every weekend in the winter Bob, Mike and Tom learned how to ski in the Skiwi program. They also enjoyed meeting up with their cousins in Shawnee during Christmas break. Shawnee was a place where the Family shared so many great memories, whether it was golfing, skiing, fishing, going to the pools and lakes, or exploring the Delaware Water Gap.  Memories the Family will cherish forever.

Bob continued his love for soccer and played into his high school years where he shattered his ankle in three places, ending his love for playing sports. Bob was a sports fan and he loved watching the Oakland Raiders and the New York Yankees. When Bob turned 17 he found his love in working on cars and he bought his first used bronco where he enjoyed customizing it to his liking. After graduating from Howell High School he followed in his Father's footsteps becoming an electrician. Bob worked for his Dad’s company, working in hundreds of Bed Bath & Beyond stores installing all their communications systems. Then in the early 2000’s Bob started his own business Lytning Multimedia where he worked for Bed Bath & Beyond and other building contractors.

Bob was married to the love of his life Janet for a brief period of time.

He had a love and passion for his numerous Pitbull’s Twin, Sky, Storm, Gunnar, Cinmin, Rain and Thunder. Bob had two litters of Pitbull puppies with Rain and Thunder. Bob's other passions were to spend time playing with his nephews Greyson, Easton and Paxston. Bob had another passion, restoring his mustang, the mustang was his pride and joy. He loved to cook and grill. Bob was a quiet person but would go out of his way to help others. Bob was loved and will always be loved and remembered by his family and friends.

He was predeceased by his paternal grandparents, Fritz and Louise Boehm; and maternal grandparents, Victor and Julie Glinowiecki. Bob is survived by his father, Robert Boehm of Howell; mother, Susan Harding of Arizona; two brothers, Michael Boehm and Thomas Boehm and his wife, Ashley of Wall; and nephews, Greyson, Easton, and Paxston.

Visitation will be held at the Clayton & McGirr Funeral Home, 100 Elton-Adelphia Road (Route 524), Freehold Township on Thursday, December 30, 2021 from 4:00 to 7:30 PM with his funeral service to follow. Interment will be private. For those who desire, memorial contributions in Bob’s name may be made to Pitties and Pals Rescue Inc., P.O. Box 692, Jackson, NJ 08527. For information, directions, or to leave condolence messages to the family, please visit www.claytonfuneralhome.com

Share Your Memory of
Robert
Upload Your Memory View All Memories
Be the first to upload a memory!
Share A Memory