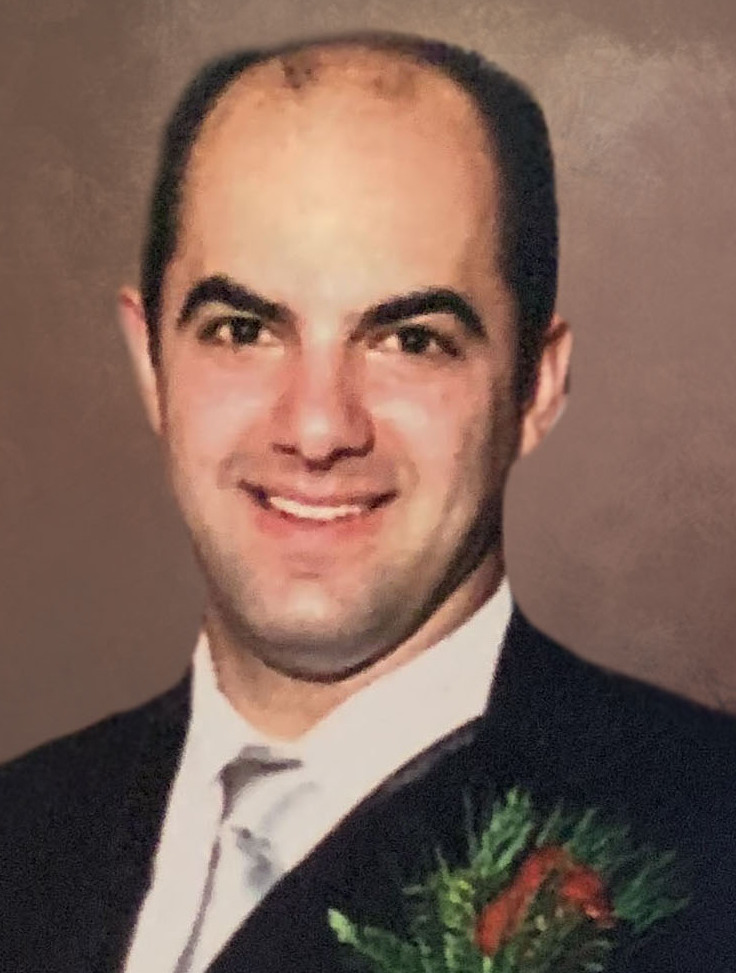 Michael Cutrona, 50, of Freehold passed away peacefully at home surrounded by his family on Saturday, December 25, 2021.  Michael, who lived his life in New Jersey, was an engineer, a dedicated husband and father, avid cyclist and golfer and a favorite at family gatherings.

Michael was born in Belleville and raised in Kearny and Lincroft.  He attended Middletown High School South, and as a teenager, loved racing BMX bicycles.  In 1999, Michael graduated from New Jersey Institute of Technology with a degree in Mechanical Engineering. While at NJIT, he spent his time with family friend, Stash Osinki, cultivating a love of Glenlivet and high-end cuisine creating his passion for cooking and exploring gourmet foods.  Michael was also a member of the Tau Delta Phi Fraternity while at NJIT. Throughout his career, he worked for ConocoPhillips and Robert Morris.  For the past ten years, he served as a project manager for Infineum, USA in Linden where he developed strong bonds and relationships with amazing coworkers, who he spoke about fondly often.

Michael met Shannon Clarey at his cousin’s wedding in Fall 2000 in North Carolina.  The two have reveled in the fate of that meeting, as they attended many of the same functions in New Jersey, but never, knowingly crossed paths.  It was during their first date at Villa Vittoria, the two knew they had something special and began their journey together.  In 2003, on New Year’s Eve, Michael and Shannon married at All Saints Episcopal Church in Lakewood, NJ and celebrated at the Chateau Grande, surrounded by friends and family. Both born and raised in New Jersey, they started their own family with extended family never far away. Traditions included birthday trips to NYC to see the tree and holiday decorations, a favorite adventure was to travel for a meal at Peter Lugers; summers at the beach, fishing with the children, trips to the Point Pleasant Boardwalk and exploring all the wonders of the area they lived.

With a quiet demeanor, and an engineer by trade, Michael was always working with thoughtful precision in every aspect of his life.  He savored the opportunity to work on house projects and took pride in creating a wonderful home for his family.  Nothing delighted him more than to provide joy for his children in big and small ways.

He helped his son Perry learn to skate and become an avid hockey player. He also shared his passion for golf with his son. They spent many days together at the driving ranges and PGA Jr. golf practice and matches.  Visits to Monster Jam with Perry when he was young was a highlight each year, and he coached Perry’s Pinelanders Soccer team for six seasons until his cancer became to much, but it did not stop him from being there to watch Perry play.

Michael loved snuggling with his daughter, Ryleigh aka “the princess” and watching her do her passion - dance.  He was never prouder than when he saw her perform on stage.  He and the kids loved to go to parks, on walks and bike riding around the neighborhood and loved a good diner. Even as he was receiving treatments that left him with little energy, he prioritized his moments with his family.

His love of cycling lasted a lifetime. With his background in BMX bicycles, he later cycled as a member of the Peddler Riding Team, Long Branch. He loved being out on the road with the guys and pushing himself to ride better each time. He also spent time with his brother and friends at the bike track in Wall Stadium as they explored cycling speedway racing. Michael and his brother Sal shared their love of cycling and BMX with their sons at the local BMX track, entering them into numerous races.

Michael loved cooking and grilling new recipes for family and friends.  One of his specialties was fig jam, goat cheese, and veggie pizza. In addition to trying to mimic the Luger Steak, Michael prepared foods with precision for his people to enjoy a delicious meal.  He was influenced and inspired by Ina Garten, forever exploring her recipes.

If you were his people, you knew it. He was a loving husband, doting father, loyal friend and faithful son. He remained in close connection with his parents and was treasured by his aunts and uncles. Michael and his mom spoke often, and he showed his love and appreciation of her with special thoughtful cards and being there through so many of life’s big moments. She often went with him to his treatments, and this meant everything.

Michael is survived by his wife of 18 years, Shannon Leigh Cutrona; his children, Pietro “Perry” Cutrona (age 10) and Ryleigh Florenza Cutrona (age 7);  his parents, Pietro and Doreen Cutrona of Lincroft; siblings, Salvatore Cutrona and his wife, Kimberly of Howell and their children, Peter and Emmaleigh; Christine Cutrona of Elizabeth; in-laws, Jerome Clarey of Seaside Park and Janet Osman and her husband, Mohammad of Beachwood; sisters-in-law, Megan Hahn and her husband, Ryan of Marlton, and their children, Eben and Augustus; and Heather Clarey of Bayville. As well as numerous aunts, uncles, and cousins.

A visitation will be held at the Clayton & McGirr Funeral Home, 100 Elton-Adelphia Road (Route 524), Freehold Township on Thursday, December 30, 2021 from 5:00 to 9:00 PM.  Relatives and friends are invited to attend his 10:00 AM Funeral Mass at The Parish of St. Mary, One Phalanx Road, Colts Neck, NJ 07722 on Friday, December 31, 2021. For those who desire, memorial contributions may be made to the family for his children’s future.  For information, directions, or condolence messages to the family visit claytonfuneralhome.com.

Share Your Memory of
Michael
Upload Your Memory View All Memories
Be the first to upload a memory!
Share A Memory