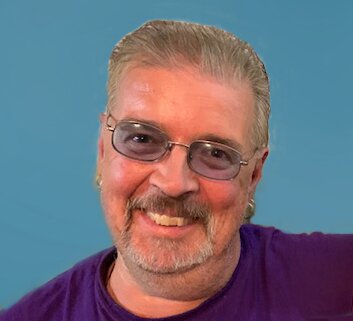 Kenneth R. Sloan, Jr., 67, passed away suddenly at home on Friday, January 7th, 2022. He was born in Staten Island, New York, raised in Freehold Township, and lived in Lakewood for 25 years with his family. Ken took over the family business in 1992 and was A local businessman at the Mack Saw Company. He was an accomplished musician with his band “The AllNighters”, as well as being a song writer and producer of an original solo album. Ken’s greatest accomplishment was his role as husband, father, and “Poppy”.

He was predeceased by his parents Kenneth and Marie Sloan. Ken is survived by lifelong soulmate, Patty Sloan; 3 loving children, Nicole Sloan of Beachwood, Kenneth R. Sloan III of New Egypt, and TinaMarie Conklin and her husband, Alex of Toms River. Ken leaves his legacy with his eight grandchildren, The Buddy, Little Alex, Little Kenny, Smashy, Jo The Man, Jax The Boy, Louie-Louie, and Mustache.

A visitation will be held at the Clayton & McGirr Funeral Home, 100 Elton-Adelphia Road (Route 524), Freehold Township on Thursday, January 13, 2022, from 11:00 AM to 12:00 PM with his graveside service to follow. Entombment will take place after the service in the St. Rose of Lima Cemetery, 299 Freehold-Englishtown Road, Freehold Township. In lieu of flowers, donations may be made in Ken’s memory to his family at gofund.me/fa518af1. For information, directions, or condolence messages to the family visit claytonfuneralhome.com

Share Your Memory of
Kenneth
Upload Your Memory View All Memories
Be the first to upload a memory!
Share A Memory