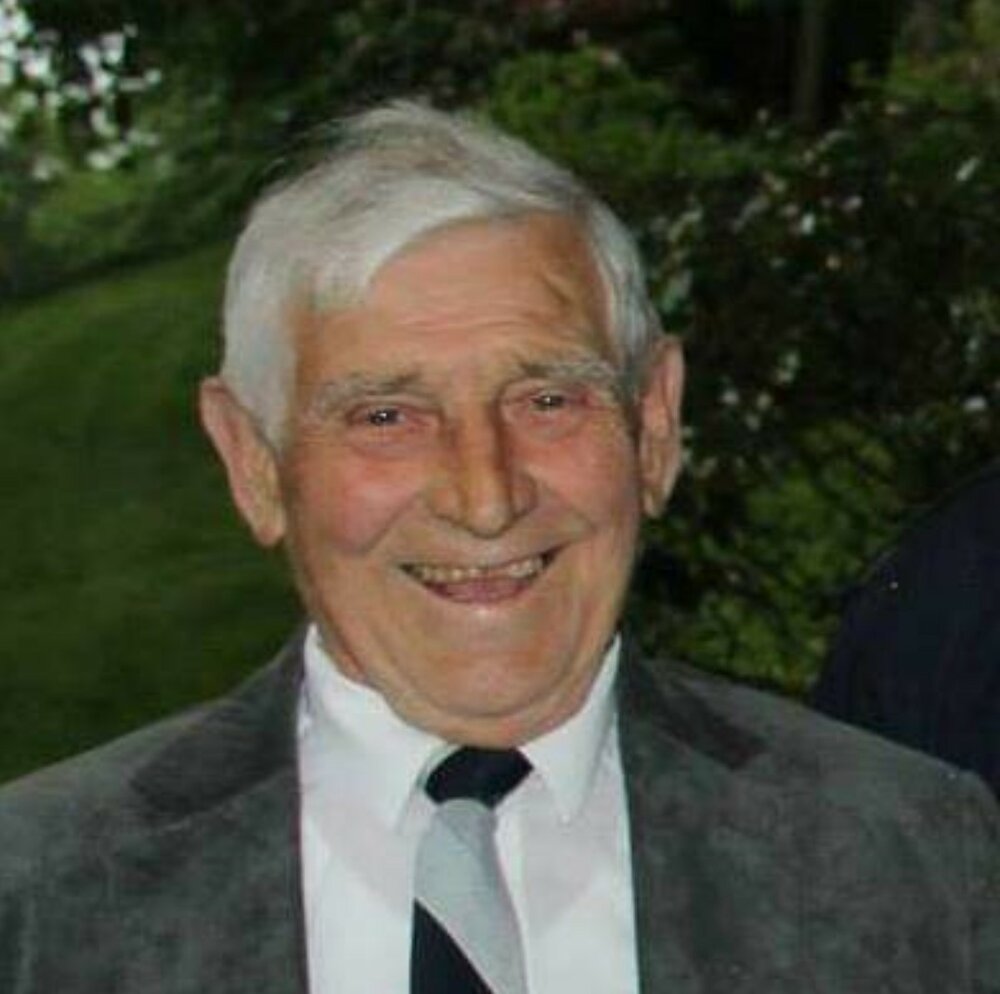 Bruno J. Kneucker, 87, of Farmingdale, NJ passed away on Monday, February 28, 2022 at his residence. He was born and raised in Helmstadt, Germany and came to the United States in 1956, settling in Voorhes before moving to Farmingdale. Bruno was promised a trip to the United States by his uncle if he had won the Ornamental Metalsmith Championship of Bavaria. In 1955 he n fact won that award, the award being one of the highest honors that can be gained by a German scholar. When he came to the United States, he only knew three words, “I thank you.” He quickly gained employment with the Cresci Body Building Company in Vineland welding truck bodies. Seeking the gain of his American citizenship, Bruno entered the Air Force in 1958.  That April he received his assignment to Korea. While overseas he studied hard and mastered courses in high school English. The Air Force offered him an excellent opportunity to further his education while still serving his adopted country. In June of 1960 he returned from Korea and was stationed at McGuire Air Force Base, immediately impressing his superiors with his willingness to accomplish all assignments given to him. After his honorable discharge in 1964, he devoted 41 years as a civilian working as a civil engineer, being named the Civil Engineer of the Year in 1979. Bruno was always a hard worker and most of his time he spent working two jobs.  When not working at the Military Base, he was working nights and weekend as an HVAC Technician.  After his retirement, he proudly worked alongside his son for Environmental Management Associates as the Chief fixer. Bruno was a member of the Melomaniea Glee club in Germany. He was an accomplished man whose favorite past time was the time he spent with his loving family.

Bruno was predeceased by his parents, Franz and Maria Kneucker; and sister, Elfriede Schlor. He is survived by his wife of 60 years, Helga Kneucker of Farmingdale; sons, Michael Kneucker and his wife, Kelly of Wall, and Eduard Kneucker and his wife, Michelle of Edgewater Park; three grandchildren, Colin, Erin and Dillon; three sisters, Alberta Martin, Norgard Martin and Christa Martin; and many nieces and nephews.

Relatives and friends are invited to attend his 10:00 AM Funeral Mass on Monday, March 7, 2022 at St. Catherine's Chapel, One West Main Street, Farmingdale, NJ 07727. For those who cannot attend mass in person, you may participate via webcast HERE. Entombment will follow in St. Anne Cemetery, 1610 Allenwood Road, Wall, NJ 07719. In lieu of flowers, memorial donations in Bruno’s name may be made to St. Catherine of Siena.  For information, directions, or to leave condolence messages to the family, please visit www.claytonfuneralhome.com

Get Directions
Share Your Memory of
Bruno
Upload Your Memory View All Memories
Be the first to upload a memory!
Share A Memory