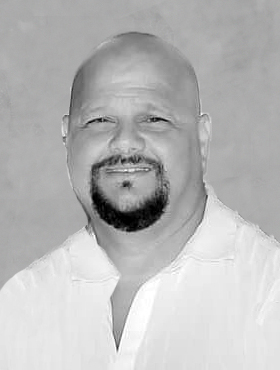 Juan Carlos Leon, 60, of Jackson passed away on Monday, March 7, 2022 at CentraState Medical Center, Freehold Township.  Juan Carlos was born and raised in Havana, Cuba.  He had lived in Madrid, Spain before coming to the United States in the mid 1970’s.  JC then lived in Union City, West New York, and Moonachie before moving to Jackson in 2005.  He was the owner and operator of American Cleaning Services, West New York for over the past thirty years.  Always keeping fit, JC completed the New York City Marathon in 2017. Family and friends meant everything to him, he was always engaging.  Either through his ability to make people laugh, his dancing, or cooking (especially his briquet), JC was bigger than life.  He was a devoted husband, proud father, adoring “Welo”, loving son and caring brother.

Juan Carlos is survived by his wife of 25 years, Judy Leon; four children, Robert Plasencia and his wife, Janelly of Jackson, Eric Plasencia and his wife, Annie of Mahwah, Brielle Leon of Jackson and Kaylee Leon of Jackson; his grandson, Rodrigo; parents, Carlos and Elda Leon of Union City; a sister, Maria Herraiz and her husband, Claudio of Allendale; four nephews, Christian Herraiz, Kevin Herraiz, Alexander Herraiz, and David Herraiz; and many dear friends.

A visitation will be held at the Clayton & McGirr Funeral Home, 100 Elton-Adelphia Road (Route 524), Freehold Township on Thursday, March 10, 2022 from 2:00 to 4:00 PM with his funeral service to follow at 4:00 PM.  Interment will be private.  For those who desire, memorial contributions may be to the family via GoFundMe HERE.  For information, directions or condolence messages to the family visit, www.claytonfuneralhome.com.

Get Directions
Share Your Memory of
Juan Carlos
Upload Your Memory View All Memories
Be the first to upload a memory!
Share A Memory