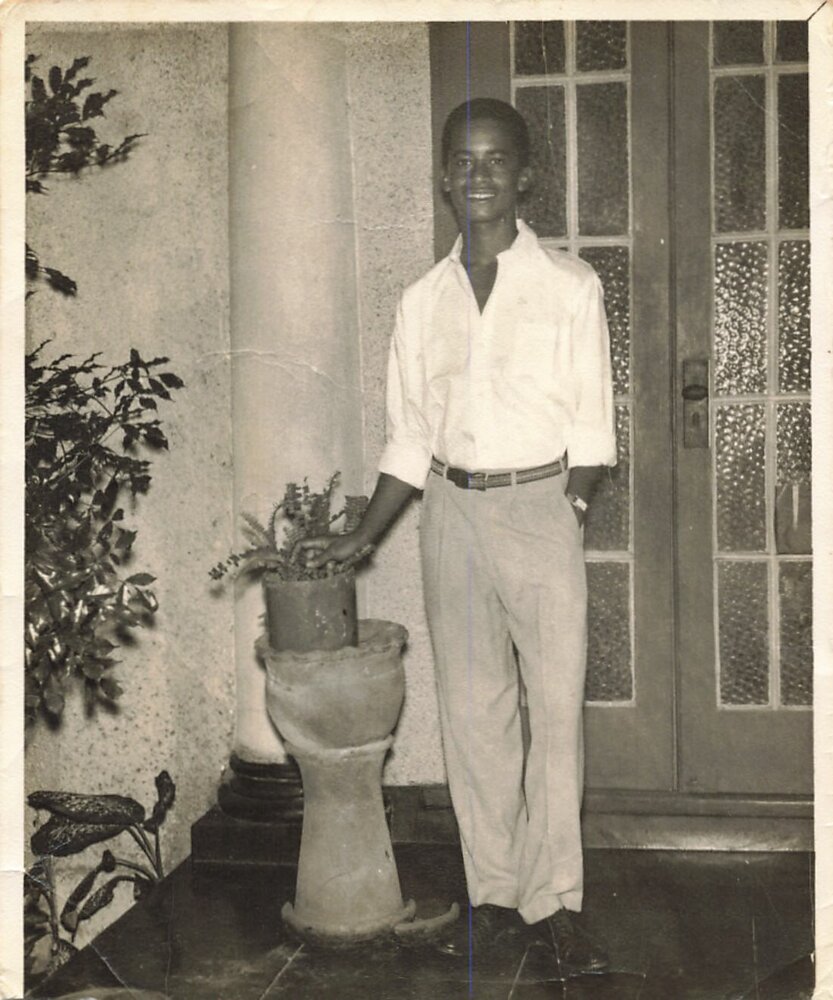 Gathering of Friends and Family

Anthony George Ogilvie, 80, of Jackson passed away peacefully at home surrounded by his loving family on Tuesday, May 17, 2022. Anthony was born in Falmouth, Jamaica and came to the United States in 1963 on a student visa and temporarily lived with family in Brooklyn, NY until he moved to Washington, D.C. to attend Howard University. It was in Washington D.C. that he met Denise Washington, the love of his life. They were married in Newark NJ on February 23rd,1966 and shortly after returned to Washington to continue his studies. It was in Washington D.C. that their two children Sean Anthony Ogilvie, and Donna Maria Ogilvie were born. The family moved to Jamaica for several years before returning and settling in United States. Anthony work for companies such as Budweiser, Roy Rogers, McDonalds and Greyhound, Anthony was not a stranger to hard work and it was because of that, his exceptional work ethic, and business knowledge that he was offered management positions with several of the companies. The companies transferred him around the United States placing him in Pittsburg, Massachusetts. The family returned to Jamaica to assist in the family business for several year then returning back to the United States and finally back in New Jersey, first in Lakewood then Jackson in 1989 where he lived his remaining years with his family. Anthony retired from FedEx where he was self-employed owning his own truck and route. He was a true renaissance man, having a wide interest in history, poetry, animals (the big cats), sports (specifically track and field) politics, writing, and his music. He enjoyed listening to everything from Doo Wop and R & B of the 50’s & 60’s to Reggae music.

A gathering of friends and family will be held at Calvary Lighthouse, Building A, 1133 East County Line Road, Lakewood on Saturday, June 11, 2022 at 10:30 AM with his memorial service to follow at 11:00 AM.  Inurnment will be private.  For those who cannot attend service in person, you may participate via webcast HERE.  Arrangements by Clayton & McGirr Funeral Home, Freehold Township.  For information, directions or condolence messages to the family, visit www.claytonfuneralhome.com.

Gathering of Friends and Family

Get Directions
Share Your Memory of
Anthony
Upload Your Memory View All Memories
Be the first to upload a memory!
Share A Memory