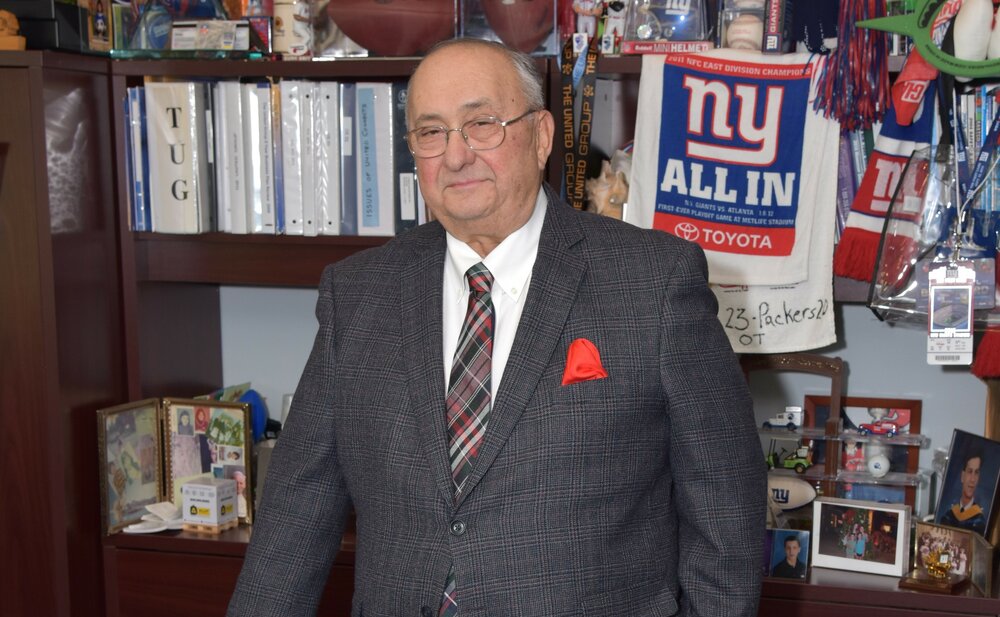 Thomas F. Field, Sr., 83, of Jackson passed away at home on Friday, July 8, 2022.  Tom was born in Rome, Italy and lived in Brooklyn, NY, East Brunswick and Farmingdale before settling in Jackson in 2000.   He came to the United States with his parents, brother and grandmother on an ocean liner.  Tom grew up in the Bensonhurst section of Brooklyn where he attended public school up until the 9th grade.  He then went to St. John’s Prep and St. John’s University graduating in 1961 with a BS in Chemistry.  A great youth experience in Brooklyn provided an opportunity to play baseball for St. Finbar’s Church.  He was an avid Brooklyn Dodger fan and member of the Flip Tops Car Club.  Tom spent many hours drag racing cars and learning basic auto mechanics.

He met Mary Catalano in 1953 and was with her until her passing in 2019. They married in June of his Junior year in college.  Tom took his first job with Mckesson and Robbins in Fairfield, CT as a research chemist.  The football Giants practiced nearby and his love for the team started at that time.  He went on to work for Technical Tape, New Rochelle, NY and again started as a chemist working on vinyl formulations for black electrical tape for Western Electric.  He was promoted to plant a manager of the Old Bridge Plant where he made masking tape for the government.  Tom and Mary moved from Brooklyn to East Brunswick and he was then promoted to Vice President of Manufacturing responsible for all the tape manufacturing in the United States from three operating plants.

In 1968 Tom started his own company, an industrial packaging distributorship, Tomar Industries, a company which his son now runs. His professional career including working on an advisory group for 3M, Polyken Tape and Nifty Products, and he also served on the Board of Directors for The United Group, a national buying organization for packaging, food and janitorial industries.

Tom loved living in Westlake Golf & Country Club.  He and Mary enjoyed a wonderful period of their lives where they made many new friends, played a lot of golf, and joined a group called the Wednesday Night Men’s Golf Group and another called the Golden Retrievers.  These were the best times of their lives.

Relatives and friends are invited to attend his 10:30 AM Funeral Mass at St. Aloysius Catholic Church, 935 Bennetts Mills Road, Jackson on Saturday, July 16, 2022.  Entombment will be private. For those who desire, memorial contributions may be made in Tom’s name may be made to the Wounded Warriors Project, Post Office Box 758517, Topeka, KS 66675.  For information, directions or to leave condolence messages to the family, visit www.claytonfuneralhome.com.

Get Directions
Share Your Memory of
Thomas
Upload Your Memory View All Memories
Be the first to upload a memory!
Share A Memory