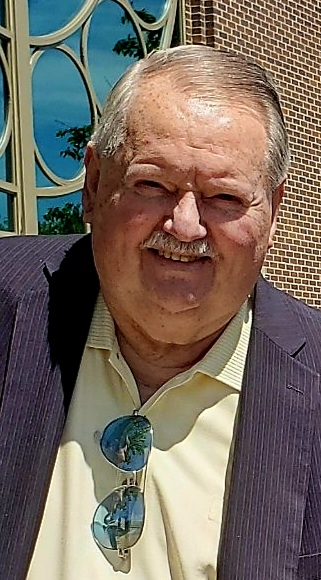 Edward Meyer, Jr., 75, of Farmingdale passed away on Friday, August 5, 2022 at Jersey Shore University Medical Center, Neptune, NJ. He was born and raised in Jersey City and had lived in Hazlet and Freehold before settling in Farmingdale 9 years ago.

Edward, very patriotic and a strong supporter of the Constitution, bravely served our country as a United States Marine. Following his time in the Military, his early career began in Wall Street as a trader on the floor of the New York Stock Exchange. This eventually led to his own Mergers and Acquisitions Consulting Firm, XCEL Associates, located in Hazlet, NJ, where he remained as President and CEO until his retirement.

In his younger years, Edward enjoyed going to the beach and vacationing at Wildwood Crest. He was a sports enthusiast and could always be found watching the games, especially the NY Giants. Edward’s greatest joy was his grandchildren. They would often bring him his favorite drink, a chocolate malted. He was loved by everyone he encountered and will be remembered by his wise crack sense of humor and selfless generosity.

He was predeceased by his son, Brian Pavlik. Edward is survived by his beloved wife of 20 years, Anna LaTerra-Meyer; children, Marie McClure of Midlothian, Virginia and Ross LaTerra and his wife, Elena of Freehold Township; grandchildren, Christopher, Anthony, Zachary, Jeremy, and Autumn; and many loving family members and countless friends.

All services are private and under the direction of the Clayton & McGirr Funeral Home, Freehold Township. In honor of Edward, donations may be made to St. Jude Children’s Research Hospital, 501 St. Jude Place, Memphis, TN 38105. For information or to leave condolence messages to the family, please visit www.claytonfuneralhome.com

Share Your Memory of
Edward
Upload Your Memory View All Memories
Be the first to upload a memory!
Share A Memory