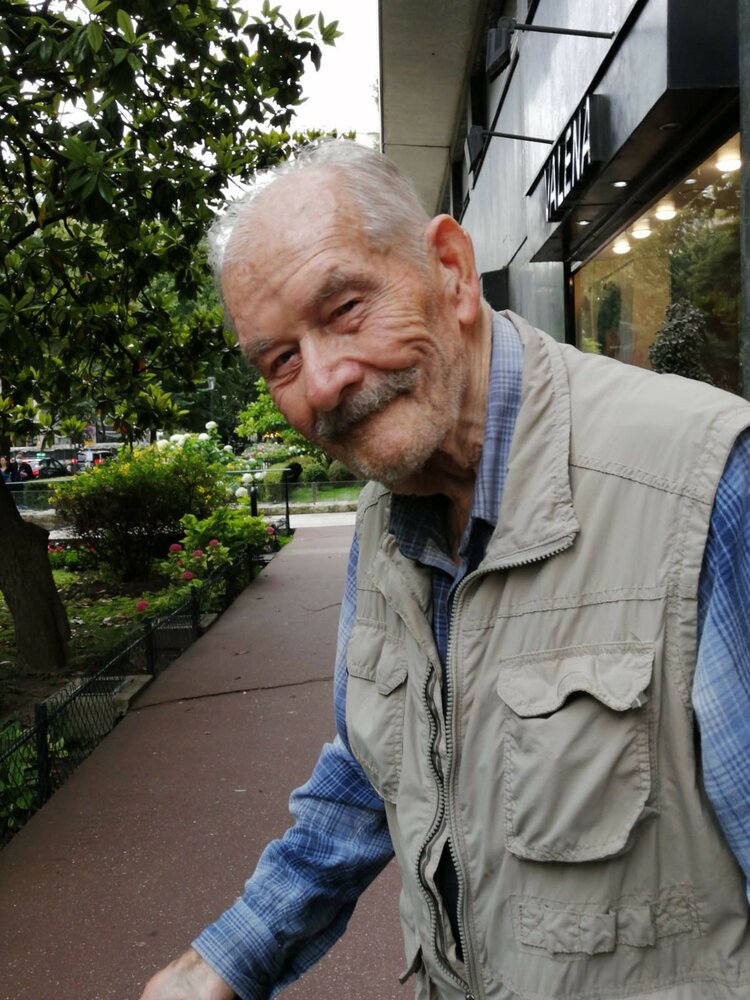 Harold Olgert Talalas, 97, of Spring Lake, NJ and Paris, France passed away on January 25th, 2022. Born and raised in Latvia, he was a man of many accomplishments and would often tell his children and grandchildren stories of his life growing up in Latvia. He fought on two fronts during World War II before escaping through Germany to join the Norwegian Merchant Marines in hopes of making his way to the Americas. He met his first wife, Arija Beijers, in a refugee camp in Germany in 1946. Together they migrated to Venezuela to raise their son Ivars. Afterwards, Harold made his way to the United States settling in New Jersey in 1952, where he met his second wife, Ruth Stranko. Together they would go on to have five children. Harold's commitment to his career afforded his family the luxury of living around the world before settling in Spring Lake in 1968. After the passing of his beloved wife Ruth, he married Ursula Jäger and they had twin daughters.

Education was immensely important to Harold. A talented linguist fluent in seven languages, he attended Upsala College and earned his bachelor's degree while working full time. Harold was a true pioneer, managing and operating influential establishments including the Gaslight Club, Mayfair Farms, and the Chanticleer Restaurant. In 1972 Harold introduced the idea of mini bars to Intercontinental Hotels making sure each hotel room would be stocked with the finest beverages and snacks. This concept generated over $4 million in new revenue during the first year of operations. Within a year, minibars were established in hotels in Germany, Geneva, and across Europe. Harold rose through the ranks to become the VP of Operations for Intercontinental Hotels for Europe, Asia, Africa, and the Middle East. He was a world class sommelier earning medals for wine tasting from the French government. From the 1970s until his retirement in 1987 he authored the "F&B Exchange", a periodical that demonstrated and shared success stories of the hotel industry. It was distributed to hotel executives and universities throughout the world, most notably Cornell University School of Hotel Administration and Lausanne School of Hospitality in Switzerland. He orchestrated many conferences, one being an OPEC Conference where he met the Shah, Bedouin kings and other Arab leaders. After his retirement in 1987 Harold became an international hotel consultant. He created a Jewish nightclub with a Russian theme in Tel Aviv and opened the door for American fast-food chain in Russia. Harold had a golden touch for all things Food and Beverage. He was successful in every endeavor and made a dramatic impact on the hospitality industry.

Harold was pre-deceased by his first two wives, Arija and Ruth. He is survived by his third wife, Ursula of Paris, France, eight children: Ivars and his wife Luz Guzman of Palm Springs, FL, Harry and his wife Eileen of Lake Ariel, PA, Linda Longo and her husband Bill of Freehold, NJ, Randy and his wife Karen of Spring Lake, NJ, Robert of Fox Lake, WI, Valentina and her fiancé Theodore Weiland of St Augustine, FL, Julia Sallaberry and husband Patrick of Fribourg, Switzerland, and Irina Schneeweiss and her husband Jens of Mainz, Germany, and nine grandchildren: Troy, Natalie, Katherine, Randolph Jr., Armand, Layne. Ana, Lou, and Anton.

A memorial mass will be held at St. Catherine Church, 215 Essex Ave, Spring Lake, NJ, 07762 on Wednesday, August 31st, 2022, at 9:00 AM. For those who cannot attend in person, the family invites you to participate via webcast https://venue.streamspot.com/64592300.Interment will be private. All arrangements are under the direction of the Clayton & McGirr Funeral Home, Freehold Township. For information, directions, to view the video or leave condolence messages for the family please visit www.claytonfuneralhome.com.

Get Directions
Share Your Memory of
Harold
Upload Your Memory View All Memories
Be the first to upload a memory!
Share A Memory