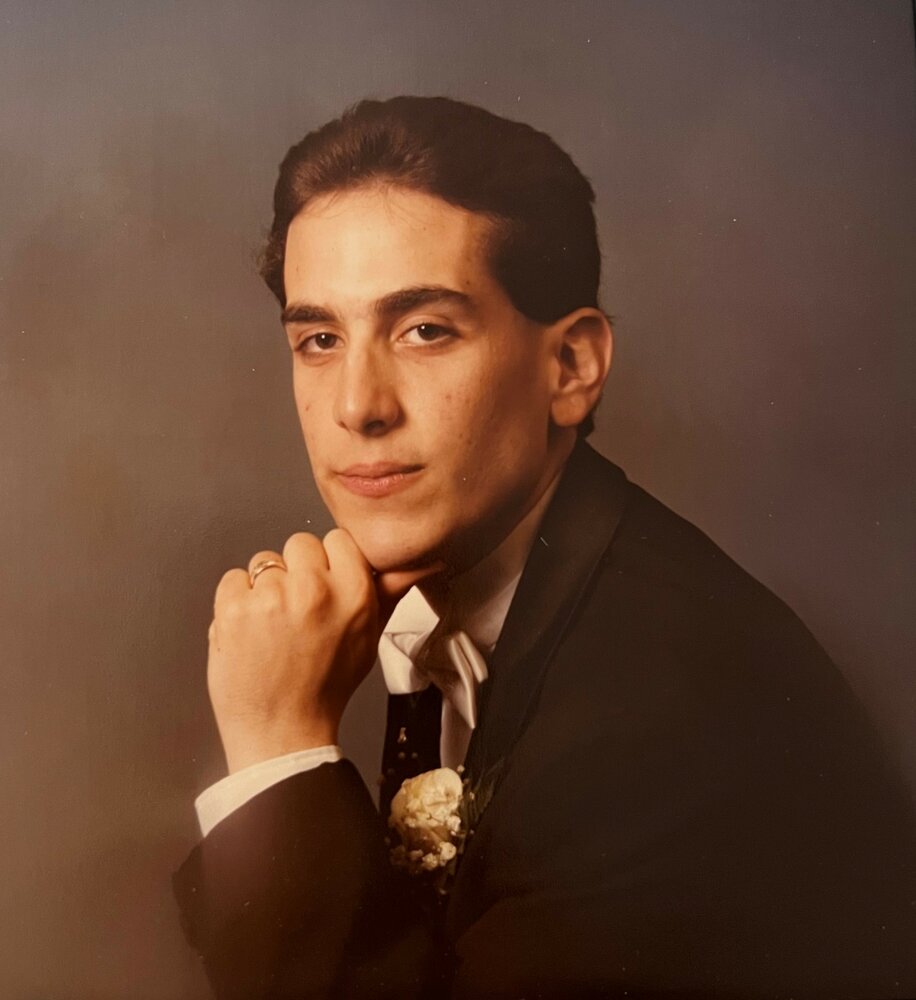 Montano (“Monty”) Durso, 62, of Howell entered eternal life on Saturday, October 15, 2022, at Mountainside Medical Center, Montclair.  He was born and raised in Brooklyn, New York until 1979 when he and his family moved to Staten Island.  Monty and his wife, Rosa, settled in Howell, New Jersey in 1987.

Monty graduated Nazareth High School in 1978.  After spending some time at Kingsborough Community College, he started working in the mailroom of Brooklyn Union Gas in 1980.  After a few years, he was promoted to the Accounting Department, where he was instrumental in the innovation of the Automatic Bill Payment Program.  In 1998, Brooklyn Union Gas merged with LILCO and became KeySpan. In 2000, after 20 years of service and many hours of commuting from South Jersey to Brooklyn, Monty decided to leave his job, for a more important career - becoming a stay-at-home dad. In 2007, Monty’s two brothers, Larry and John, creatively found an idea for employment – a Wise potato chips route - which they lovingly called “D’Wise Guys, L.L.C.”  Monty really loved this work (and his chips) but it was becoming apparent that the tasks were too much and the business was sold in 2010. Having worked all his life, Monty still sought to keep busy and found seasonal work at Great Adventure, a place where he loved to go on family trips and the roller coaster rides as much, if not more, than his kids did.  At Great Adventure, he did more than just help keep the park clean. Monty did what he loved to do best … talk with people.  Everyone knew Monty and he greeted everyone, even if he did not know them.

Monty’s running started out as a form of exercise, but it soon turned into  a passion. He ran his first marathon in Cape May, New Jersey in 2007 and then went on to run in his first New York City Marathon in 2008, finishing in 4 hours and 15 minutes.  Monty also ran the Philadelphia Marathon twice. He ran and finished his last New York City Marathon in 2010. When he realized he could not do the races any more, Monty continued to run around the neighborhood as well as the town of Howell . . . again, doing what he loved to do … waving to people.

Monty was a devout Catholic who loved to attend Mass at the Church of St. Veronica in Howell.  A parishioner since 1987, he loved to talk to people after Mass, especially to give the Pastor a hug.  Monty also became a Eucharistic Minister in 2008. He loved to give Communion, especially to those who were unable to attend Church in person.

In 2015, Monty was diagnosed with the onset of early dementia.  While he was physically present at home, his cognitive decline became more and more apparent. He needed a higher level of care, which warranted a move to a long-term care facility in 2018. He loved to watch the same movies constantly and the one he loved the most was Frequency.  At the end of the movie, as the song came on, Monty would say, “this is the best part” and sing the song even though he did not know the words to “When You Come Back to Me Again” by Garth Brooks.

In his life, nothing was more important than his family, especially celebrating Christmas Eve and watching his favorite NY teams - the Yankees and Jets.

Monty will also be missed by all the neighbors on Heritage Drive and the many close friends he made along his life’s journey.

A memorial Mass and celebration of Monty’s life will be held in May 2023.

Share Your Memory of
Montano
Upload Your Memory View All Memories
Be the first to upload a memory!
Share A Memory