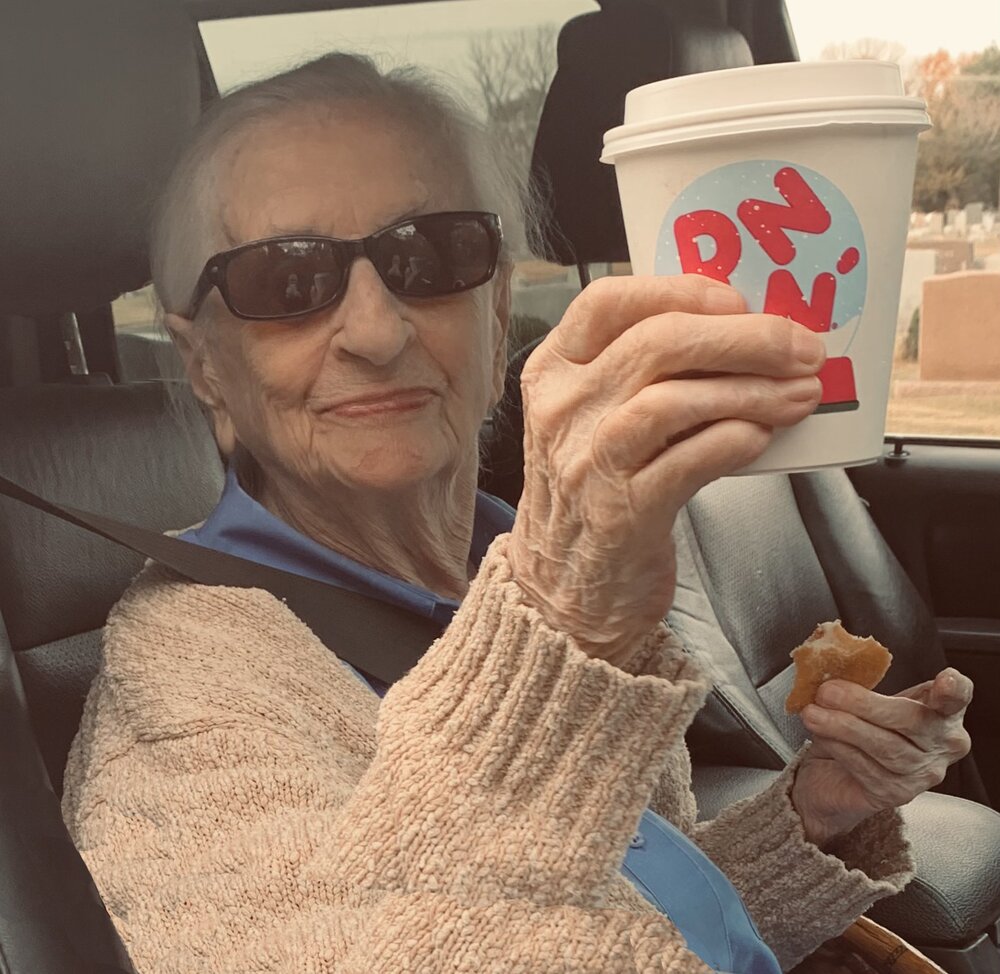 Obituary of Dolores A. Childers

Dolores "Dee" Childers, of Howell, passed away peacefully at her home of 71 years, on December 31st, 2022.  Dee and Warren moved into their home 71 years ago on this day.

Born in Newark NJ, to Charles and Gert Strain, Dee was raised in Nutley and attended St. Mary's Elementary School and Our Lady of Good Counsel High School.  Dee worked for Wiss Jewelers.  When the war broke out, she went to work for the Walter Kidde Company, as a final inspector on classified projects for the war effort.  In 1947 her family moved to Avon-by-the-Sea.  She then began work at the Ft. Monmouth Army Base, where she met her husband, Warren.  They married in 1948 and moved to Howell Township in 1951, where they raised their six children.  Dee was devoted to her children, grandchildren, and her great grandchildren. Everyone knew her as Grandma Childers.  She was a great cook and terrific baker.  In her later years, she showed a very artistic side, and began painting watercolors.  Her passion for reading never diminished, neither did her love of the beach and walking the boards. Throughout her life she remained a devoted supporter of the Sisters of St. Joseph, whom taught her from elementary through high school. In 1995, Monmouth County honored and recognized all of the Rosie the Riveters in the county, and Dee was one of their honorees.

She was predeceased by her beloved husband, Warren, in 1991; a grandson, Alex Kavoleff, Jr. in 1992; and her brothers, Charles, Daniel and Richard.  Surviving are her brother John Strain and his wife, Jeanette of Wall; her six children, Mark and his wife, Debbie of Virginia, Connie Kavoleff (whom was our mom's constant caregiver) and her husband Alex of Howell, Lynn Childers, and her fiancé, Joe Wingert of Beachwood, Ellen McGirr and her, husband Don of Howell, Kevin and his wife, Judy of Jackson, and Keith  of Howell; her grandchildren, Tracey Suarez and her husband, Cameron, Paul Kavoleff, Bryan and Paul Childers, Kristyn Childers, Richard Childers, Raymond and Ian McGirr, Emily, Cecilia, and Livia Childers, TJ and Sabrina Knight; and her great grandchildren, Camryn and Cooper Suarez.

The family would like to thank the Howell First Aid Squad for taking such wonderful care of our mom whenever we called.  We would also like to thank the staff of the Howell Senior Center and the Howell Library for their decades of kindness and friendship given to our mom. We are deeply grateful to the hospice team, Valerie, Gayle and all whom cared for our mom. Lastly, we are deeply grateful to the Sisters of St. Joseph in Newark and to the Sisters of the Resurrection from St. Veronica School.  All your prayers were heard and answered for our beloved mom.

A visitation will be held at the Clayton & McGirr Funeral Home, 100 Elton-Adelphia Road (Route 524), Freehold Township on Wednesday, January 4, 2023 from 4:00 to 7:30 PM with her funeral service to follow at 7:30 PM.  Inurnment will be at the convenience of the family in Brig. Gen. William C. Doyle NJ Veteran’s Memorial Cemetery, Arneytown, NJ.  For those who desire, memorial contributions may be made to Sisters of St. Joseph, Office of Development, 9701 Germantown Avenue, Philadelphia, PA 19118-2694 or HERE. For information, directions or condolence messages to the family, visit www.claytonfuneralhome.com.