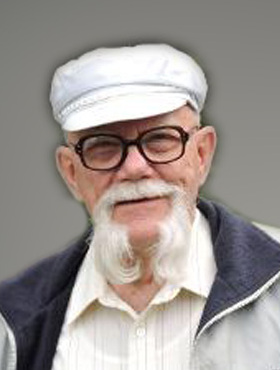 Louis Andrew “Big Lou” Sliazis 86, of Freehold passed away on January 21, 2023 after a brief illness.

He was born January of 1937 in Elizabeth, NJ to Louis and Anna Sliazis and graduated from Thomas Jefferson High School in 1956.

Lou was a lifelong native of New Jersey.  He lived in Elizabeth until 1985 then resettled in East Hanover and moved again in 1999 to Freehold.

Married for 62 years to the love of his life,  Karen Sliazis, he is survived by his children Louis (Pattie) Sliazis of Brick, Kacey Sliazis of Florida and Lia (Vidal) Viera of Freehold, and his sister, Judith (Mac) MacDonough of Spring Hill FL. and eight grandchildren: Alex, Steven, Blair, Vivian, Ryan, Jake, David, and Eric.

Lou began his career at Bell Telephone in 1960 working as lineman and installer eventually retiring after 33 years. He then went on to work for 12 years as a telecommunications contractor at Warner Lampert in Morris Plains.  His last job was at Home Depot in Freehold, working in the Electrical department for another 10 years.  He just loved assisting homeowners with their needs and giving advice on how to best complete their projects.

Louis’s entire life was consumed by activities.   In the 50’s, he was a member of the Elizabeth “Road Runners” Hot Rod Club, building and racing dragsters.  In the 60’s, he served his community as a member of the Elizabeth Police Reserve for almost 10 years.  In the early 70’s he joined the NJ National Guard, then a few years later transferred to the Army Reserve and retired in 1997 with the rank of Master Sergeant.

He was always an active member of countless clubs and organizations where he loved to be the planner and organizer for events.  His energy was boundless motivating more and more people to get involved and participate.

He loved being a historical reenactor.  It was a joy for him to go out and teach living history, showing others how things were done in the olden days.  He was much loved at these events as his personality and the characters he portrayed were larger than life.

He was a voracious reader all his life.  Lou often said, “Books are the poor man’s college.”

An avid history buff, he was a self-taught expert on WWII and collector of military memorabilia, books, and vehicles.

He was a member of the MVCC for 50 years and spent decades hand-restoring military vehicles.

Service to others was his trademark.  His parents instilled in him a lifelong belief that it was his duty to help others.  He helped build multiple houses with Habitat for Humanity in Freehold.

He loved animals, enjoying all the wildlife that would come into his yard, filling the bird feeders and his cat was his beloved companion for almost 17 years.

People who knew him will most likely remember “Big Lou” as always being the first in line to offer his help to a neighbor or friend.  He lived for all types of service.  He loved his church, his neighbors, his family and his friends.  It only took one time to meet “Big Lou” and you were his friend.  Anyone that ever met him will most likely never forget him.  He brought smiles, a helping hand and usually baked goodies with him wherever he went.

Visitation will be held at the Clayton & McGirr Funeral Home, 100 Elton-Adelphia Road (Route 524), Freehold Township on Sunday, February 5, 2023 from 1:00 to 5:00 PM. Relatives and friends are invited to attend his 10:00 AM Funeral Mass at The Parish of St. Mary, 1 Phalanx Road, Colts Neck on Tuesday, February 7, 2023. Interment will follow in Brigadier General William C. Doyle New Jersey Veteran’s Cemetery, 350 Province Line Road, Arneytown. In lieu of flowers, donations in honor of Lou can be made to Restore Habitat for Humanity in Monmouth County, 45 South Street, Freehold, NJ 07728 or to The Blessing Bag Brigade NJ, 55 South Avenue, Atlantic Highlands 07716. For information, directions, or to leave condolence messages to the family, please visit www.claytonfuneralhome.com

Get Directions
Share Your Memory of
Louis
Upload Your Memory View All Memories
Be the first to upload a memory!
Share A Memory