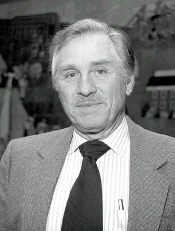 David Segal, former Freehold Township Committeeman of 24 years, passed away in Port St. Lucie, FL on Friday, October 30, 2020.  A graduate of Erasmus Hall High School in Brooklyn, after graduation he served proudly as a United States Marine.  A longtime resident of Freehold Township, Dave retired from public service in 2000 and moved to Florida where he enjoyed boating and fishing.  He was very proud of his years of public service, his greatest accomplishment only second to his family.

Dave served on the Freehold Township Committee from 1977 through 2000; as Mayor in 1979, 1984, 1988, 1996 and 2000, and as Deputy Mayor in 1982, 1983, 1991 and 1994.  He received The Key to The City from the Township upon his retirement in December of 2000.  Dave also served on the Board of Health and Planning Board, and was a member of the Manasquan River Regional Sewerage Authority.  In 1999, Segal was inducted into the New Jersey League of Municipalities Elected Officials Hall of Fame in recognition of 20-plus years spent as an elected official.

A memorial service will be held in the Spring of 2021.  Remembrances in memory of this remarkable man may be made to Nassau/Suffolk Chapter-Autism Society of America, www.firstgiving.com/NSASA for his grandson Jarred. Please check our website for further details.  To leave condolence messages to the family, visit www.claytonfuneralhome.com

Share Your Memory of
David
Upload Your Memory View All Memories
Be the first to upload a memory!