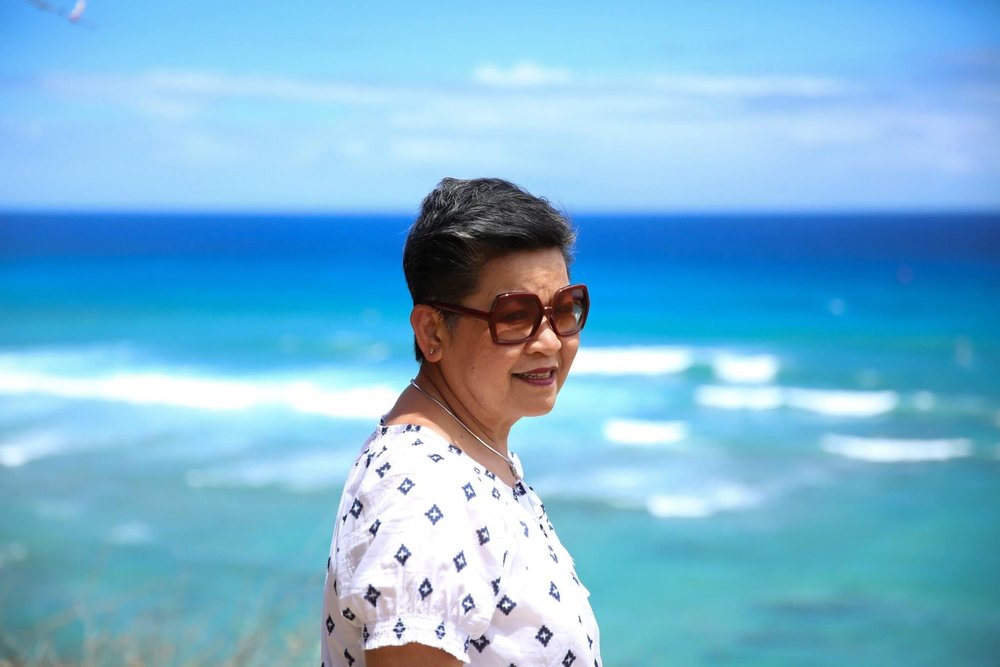 Carmen Canton, 77, of Freehold Township, passed away at home with her family by her side on Wednesday, June 23, 2021 after a four year battle with breast cancer. She was born Carmen Alivio in the province of Cebu in the town of Consolacion.

Carmen had a happy childhood growing up in post-war Philippines in a large family. Her father, Aurelio Alivio, served as the town mayor at the time of the invasion of Cebu during the second World War. The family was displaced along with many others fleeing urban centers in Cebu due to the invasion. While hiding, the family’s only son was born, but did not survive the displacement conditions.

Together they resided in multiple places along the eastern seaboard while her husband completed his training at American hospitals. They would eventually settle in Monmouth County, NJ. They had a son in 1972, David. Carmen would eventually have a grandson, Aaron Fromm in 2001, and granddaughter, Violet Canton in 2008.

Carmen loved life in the United States. She loved the community of friends and family that grew around her in New Jersey, which included people from her native country as well as new friends and family from the US. Many relatives from both sides of the couple’s family followed them to the US, including her younger sister, Ana, with whom she was particularly close until Ana’s death in 2014.

When her children grew a little older, she returned to work and enjoyed a challenging and rewarding career as a nurse for close to 30 years. The majority of those years were spent working at CentraState Medical Center in Freehold, where she was once recognized as Nurse of the Month. Upon retirement, she was commended by the hospital for her years of service.

In retirement, Carmen and her husband would spend their winters in their native Philippines, where they maintained an equally large network of friends and family over the years.

For many years, she was a parishioner at St. Rose of Lima Church in Freehold, where her children attended grammar and middle school.

Carmen was an outgoing, warm and welcoming person who was not shy. Family, friends, and acquaintances who came to visit were always guaranteed endless cups of great coffee, a good meal, lively conversation, and an open invitation to come back for more. Acquaintances never stayed strangers for long and would often become treasured members of her extended family. She was eager to find similarities and common bonds with people she met and was always happy to make new friends and acquaintances. She believed people were essentially good and that we all have more things in common than differences, which she attributed to her life encompassing opposite ends of the world. She considered family to be everything to her, and that family was a thing that expanded to include more people every day.

Carmen was predeceased by her parents, Aurelio and Jacoba Alivio; and sisters, Emperatriz Abinales, Concepcion Alivio, Veronica Alivio, and Ana Marquez. She is survived by her husband of 54 years, Panfilo Canton of Freehold; daughter, Rachel Canton Fromm of Tinton Falls; son, David Canton and his wife, Heather Burchyns of Brooklyn; grandson, Aaron Fromm of Tinton Falls; granddaughter, Violet Canton of Brooklyn; and numerous loving nieces and nephews all over Asia, Europe, Australia, and North America.

Share Your Memory of
Carmen
Upload Your Memory View All Memories
Be the first to upload a memory!