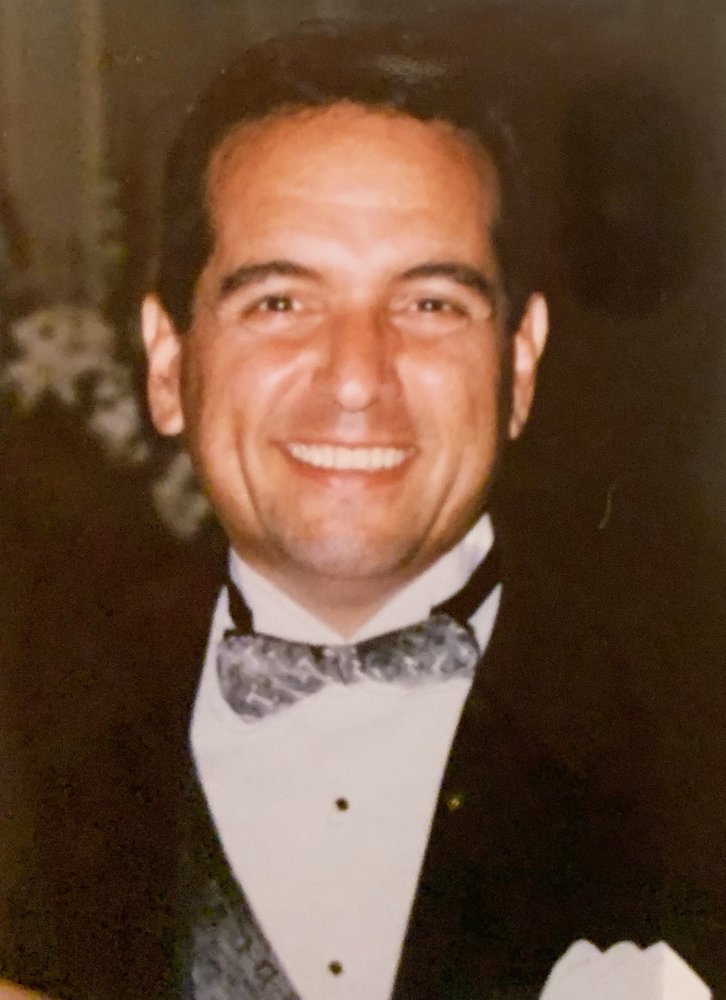 I am so very sorry for your loss. Ron individually and the two of you as a couple always made me smile. What a great family you have. Please know that I am sending hugs and prayers. God bless my friend.

There are no right words to help your heartbreak. Ron was called home to God and I’m sure Rusty was there to guide him to his eternal rest with that big beautiful smile of his. Sending you big hugs, Cindy Caprice Goldblatt

Janis and Ashley and family

As I sit here wondering why this man, a husband, a friend, a father and son was taken from us so suddenly, I can only believe God needed Angels . Ron who so many called Uncle Ron was the warmest , sweetest ,kind, loving soul who treasured his family and friends. He made you feel the love he had for each and everyone of us. His smile touched us all with his love. My lifetime friend Janis was blessed with an Angel the day she got married. So many memories we hold deep of birthdays, get togethers and Christmas Eve dinners . Our children grew up together but no matter what happened we always picked up where we left off. I wished I had more time to talk, to get together , one more Christmas Eve dinner. One more, but the reality is they are gone and the only thing I can hold on to is his memory, laughter and love. There is a reason Ron survived 9/11 only to leave us 20 years later. I like so many other people who knew him must go on with the void he leaves but we must be thankful for being touched by an Angel and keeping his memory alive and love he shared with each and everyone of it. May God give his loving family strength and courage to face the days to come and feel his love for them always. Janis and Ashley we love you and are so saddened with his passing . I have read so many beautiful thoughts about Ron , Uncle Ron to so many and I truly believe to know him was to be blessed with a love that truly came from above. May he Rest In Peace and may God bless him in eternal life. Until we meet again my friend, know your shining love on all of us was felt by so many. Truly an Angel from above. Love always. Joanne,Bryan and Nicole

Ron, our wonderful friend and neighbor of 19 years, was a friend who always had a kind word to say whenever he saw us. He and his family quickly became friends of ours when we moved into a house across the street. There were many occasions we would get together with our neighbors for parties and going out to dinner, or just relaxing at our community swimming pool. Such fond memories. Our block feels empty when I go outside and look across the street where I always saw Ron meticulously caring for his garden, knowing that I will not have the pleasure of his smile and silly jokes. The void is great, and a painful reminder of how short life is, and how grateful we should be every day for having our family and friends. Our deepest condolences, thoughts, prayers, and support are with Janis, Ashley, and their family.

To Ron now up above, you didn't leave alone, you left with all our love.

I think everyone who knew Uncle Ron would agree that he was as genuine as they come. I will miss his smile, his sense of humor, his abounding positivity, his love.

Uncle Ron never missed a family event. He traveled to Florida for our wedding, even though I know it wasn't easy for him to do that. He told me he wouldn't have missed it for the world and I couldn't imagine not having him there. He called sometimes just to check in. At the end of each call he would tell me that he loved me. There was no theater or excessive sentimentality in the words, just pure sincerity.

Uncle Ron was on the 89th floor of the North Tower on the morning of September 11, 2001. With extraordinary courage and selflessness, he helped many people get out of the building before it fell. He helped carry a 70 year-old woman to safety. His quick thinking in fashioning masks out of coffee filters undoubtedly saved many lives.

Who could possibly find hope in those darkest of hours? Who could find the strength to push forward? The courage to press on when it must have seemed so hopeless? To put his own life in jeopardy without a moment's hesitation so that others might live?

I have been reflecting on these questions for the last few days as I grieve his loss and think about how to remember and honor him. Here's what I realized: Uncle Ron was a hero that day because of the same qualities that made him a hero every day. He was the most caring and compassionate person I have ever known. He approached life with optimism and positivity, even when things were not going so well. He always put the well-being of his friends and family, or even complete strangers, before his own. He was never one to give up. It wasn't in his nature.

I find myself wishing that I had called him more often and that I had spent more time with him, especially in recent years. I wish I could hear one more story or one more joke. I hope he knew how much he meant to me. I hope and pray that Uncle Ron will be remembered as a loving, compassionate, funny, and kind person, who brought light into the world even in the darkest hours.

I hope you will join me in honoring and celebrating him as a hero.

May his memory be a blessing.