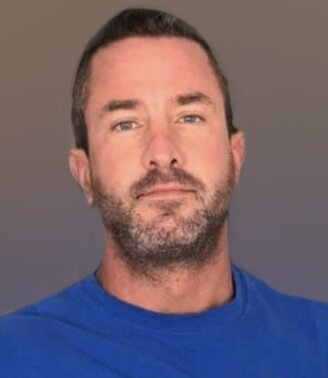 Michael S. Burns, 43, of Brick passed away peacefully at home, after a long and courageous battle against cancer, surrounded by his family. He was born in Neptune and was a lifelong resident of Brick since 1983. Michael graduated from Rowan University in 2002 with a Finance Degree, leading to a successful career with Blackrock and Charles Schwab.

Mike had a lot of passions in his life that he loved sharing with his family and friends. He spent summers vacationing to Hatteras, North Carolina and Saratoga Racetrack, and local summer weekends at the beach in Manasquan and Point Pleasant, handicapping and allegedly ¨making the family money" at Monmouth Park Racetrack and boating on ¨Happy Sunday¨ to F-Cove and Treasure Island. A former college athlete, Mike´s later-in-life athleticism extended to horseshoes, where he was a perennial HBA champion, Monday Summer Doubles bowling with his brother Justin, where he was a 2017 league champion and Triple Crown Winner and bocce ball at Windward Beach, which usually led to more finger-pointing than success. In the fall and winter Mike was an avid football fan, some would say to an extreme, where NFL Sundays started with the song ¨Easy Like a Sunday Morning” playing on repeat in the kitchen, moved to brunch at Windward Tavern, back home for pre-kickoff beer shotguns on the patio finished with a long day of fandom with the fellas in the basement with his eight – yes eight – TVs playing all the games. Some of the best times in a lot of people’s lives happened in that basement. Mike was the real glue that brought together a lot of great people for even better times. He was a devoted father and husband and found joy in teaching his children about how to live life to the fullest.

Visitation will be held at the Clayton & McGirr Funeral Home, 100 Elton-Adelphia Road (Route 524), Freehold Township on Thursday, June 16, 2022 from 4:00 to 8:00 PM. Relatives and friends are invited to attend his 10:00 AM funeral service on Friday, June 17, 2022 at the Funeral Home. Interment will follow in Greenwood Cemetery, Schoolhouse Road, Brielle, NJ 08730. A repast will follow. For those who desire, memorial contributions may be made to Memorial Sloan Kettering Cancer Center, 480 Red Hill Road, Middletown Township, NJ 07748. For information, directions, or to leave condolence messages to the family, please visit www.claytonfuneralhome.com

Get Directions
Share Your Memory of
Michael
Upload Your Memory View All Memories
Be the first to upload a memory!
Share A Memory